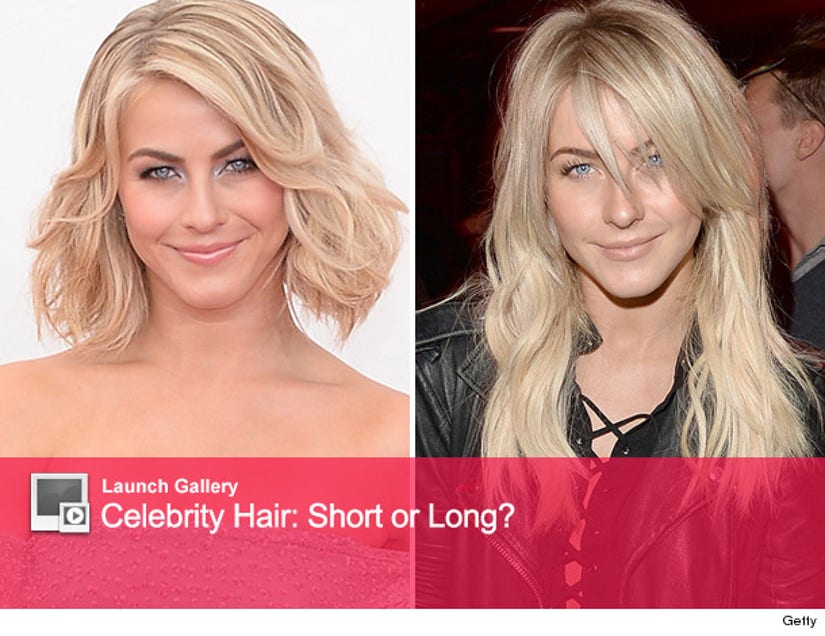 While most female celebs are cutting off their hair this year, Julianne Hough went the opposite direction.

After going into Nine Zero One Salon in West Hollywood on Tuesday with a short bob, the dancer-turned-actress emerged six hours later with a much different 'do.

When she left, Hough was sporting long blonde extensions and sideswept bangs.

Clearly ready for something new, the 25-year-old tweeted "#changeisgood #longhairdon'tcare" after leaving the salon.

From there, she took her new 'do to the Beyonce Knowles concert at the Staples Center.

We gotta say, we actually prefer the starlet with shorter locks. But it's your opinion that really counts -- vote for your favorite look in the gallery above!