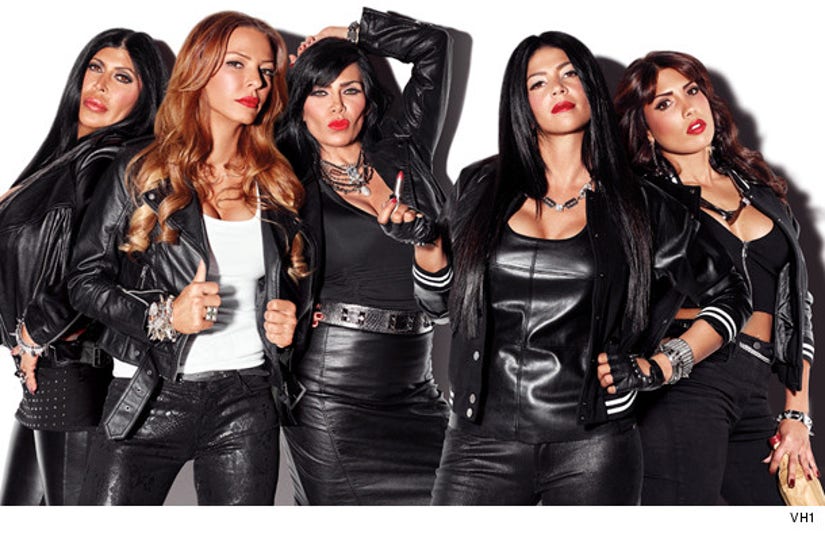 "Mob Wives" is getting a makeover!

When the show returns for its fourth season, dubbed "Mob Wives: New Blood," four of the show's former stars will be gone -- with two younger mafia maidens in their place.

Don't worry, favorites Big Ang, Drita D'Avanzo and Renee Graziano will all be back on the VH1 series to provide you with your weekly dose of catfights. But, this time around, they'll be joined by Alicia DiMichele and Natalie Guercio.

So, who the heck are they?

Alicia comes with some serious baggage -- and a potential jail sentence on the horizon!

Her husband is Eddie "Tall Guy" Garofalo, who was indicted for racketeering, extortion and conspiracy to murder. DiMichele worked for her husband's trucking business, got involved in some less-than-legal activity and pled guilty to embezzlement.

Her future on the outside is still up in the air.

As for Natalie, she works for the Carto Funeral Home in South Philadelphia ... a funeral home that's very popular with the mob.

According to VH1, "It has been said that mobsters from all five families have come in contact with Natalie throughout her life."

It sounds like they could be exciting additions to an already-explosive show. Who do you think will set off the most drama when the series returns Thursday, December 5 at 10/9c? Check out a sneak peek below: