Did Sony not learn anything from "Spider-Man 3"?

That film caught a lot of flack for being overstuffed with bad guys -- and the first full trailer for "The Amazing Spider-Man 2" looks like it may have the same problem.

While the first film focused squarely on The Lizard, we get glimpses of Electro (Jamie Foxx), Rhino (Paul Giamatti) and a brand new Green Goblin (who we assume is Dane Dehaan, but it's not entirely clear) ... plus Easter egg shots of Doc Ock's tentacles and Vulture's wings. 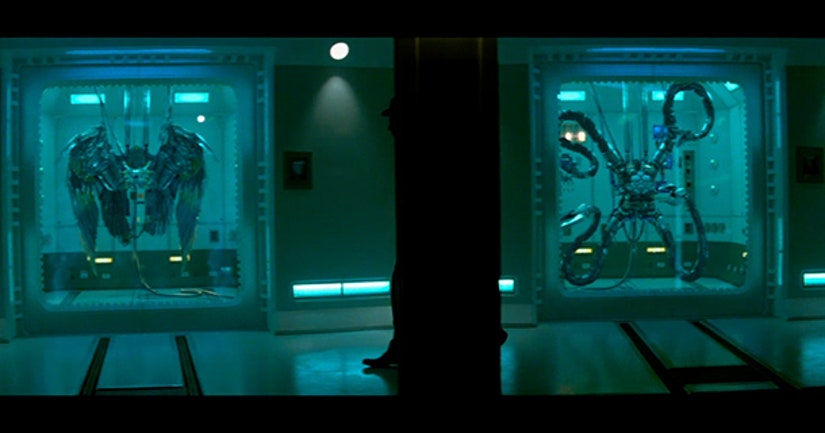 Could they already be teasing Part 3's villains in the first trailer? Possibly.

The rest of the trailer features the standard shots of Spidey (Andrew Garfield) flying through the air, flirting with girlfriend Gwen Stacy (Emma Stone) and hints at new developments in Peter Parker's dad's mysterious backstory.

We also see a plane crash and the total destruction of Times Square, so it should be an action-packed flick.

But with all the new additions, we can kinda see why Shailene Woodley's role as Mary Jane Watson was cut from the film -- there's already A LOT going on.

Check out the trailer above. Are you excited about the sequel, which opens May 2? Sound off below!