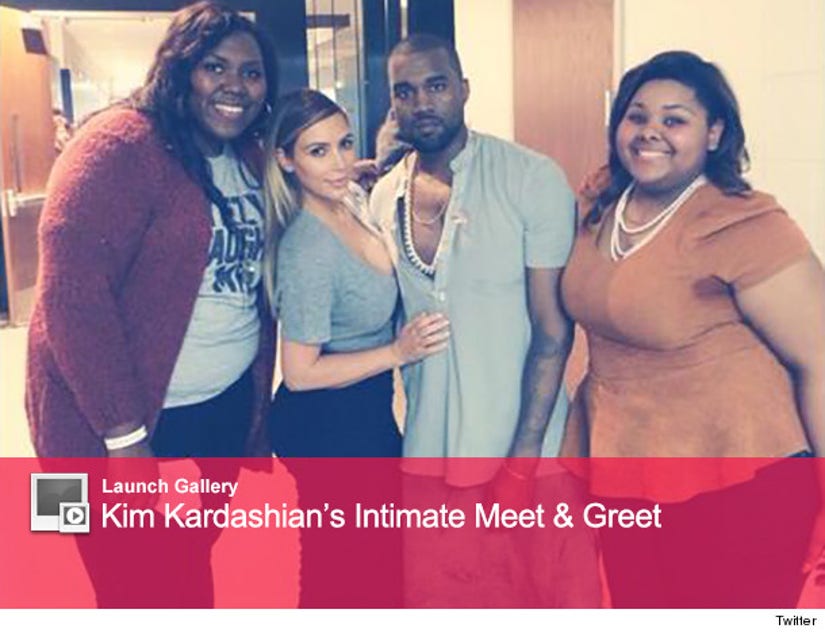 The "Keeping Up With The Kardashians" star was partying it up at her fiance's concert at the New Orleans Arena, when she saw a tweet from a Kimye super fan. After a few Twitter direct messages back and forth, Kim brought Myleeza and Sara over to finish out the show next to her.

I'm sending someone to go get you so you can come sit with me!!! @MyleezaKardash Need your seat # & section. DM me ASAP!!! — Kim Kardashian (@KimKardashian) December 6, 2013

After the show, Kim asked the girls "Do you guys wanna go backstage to meet Kanye?," to which they screamed with delight.

This is by far one of the coolest things the reality star has ever done! What do you think of Kim's kind gesture?

Tell toofab in the comment section below, and check out all the photos from their fun-filled night!