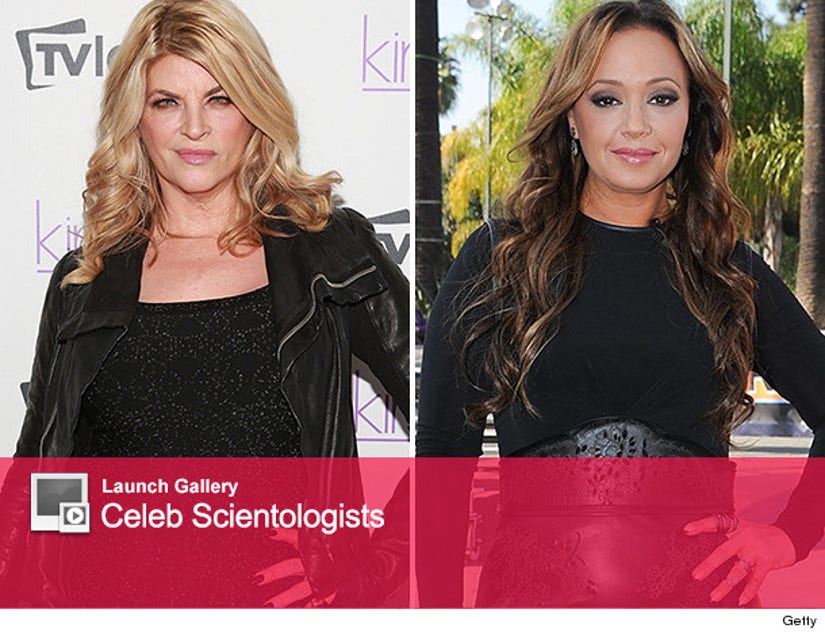 There's no love lost between Kirstie Alley and Leah Remini.

Kirstie was a guest on The Howard Stern Show on Wednesday, where talk quickly turned to Scientology and the "King of Queens" star leaving the fold.

When asked what she thinks of Leah blasting the religion in public since her exit, Alley didn't hold back.

"When you are generalizing, and when your goal is to malign and to say things about an entire group -- there are tens of millions of Scientologists in the world -- when you decide to blanket statement 'Scientology is evil,' you are my enemy," Alley said.

"She's a bigot," Kirstie continued, adding that she hasn't seen or spoken to Remini in "seven or eight years" ... and she blocked Leah on Twitter. "I just won't have people in my life that are [bigots]."

"If someone's sitting there badmouthing your religion and saying that it's hideous and evil, that that's not going to be your friend," she added.

Speaking more generally about Scientology critics, Kirstie also said "I think that is the most repulsive thing that a person can do, is attack another person's faith."

Remini famously spoke out against the religion earlier this year -- telling Ellen DeGeneres she "lost friends" after leaving the church.

Check out the gallery above to see more celebrity Scientologists. Some of them may surprise you!