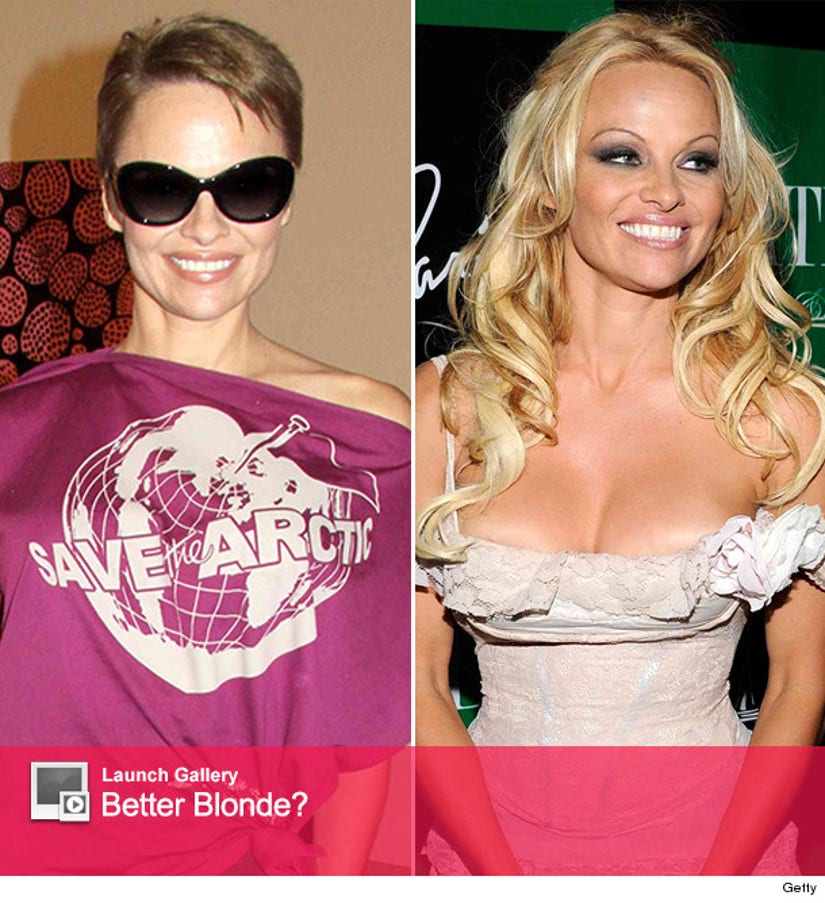 While she's been sporting a much shorter 'do for some time now, the 46-year-old just debuted a brand new update to her look -- by dying it brown.

Though she teased fans with her new color a few days ago, she was also seen wearing a hat, so we haven't gotten a really good look at it until now.

Pam showed off her brunette makeover during an Art Basel event in Miami on Thursday. With a "Save Arctic" t-shirt, black leggings and a smile on her face, we gotta say, she looks pretty good -- and actually quite mature for her.

What do you think of the look? Sound off in the comments below!