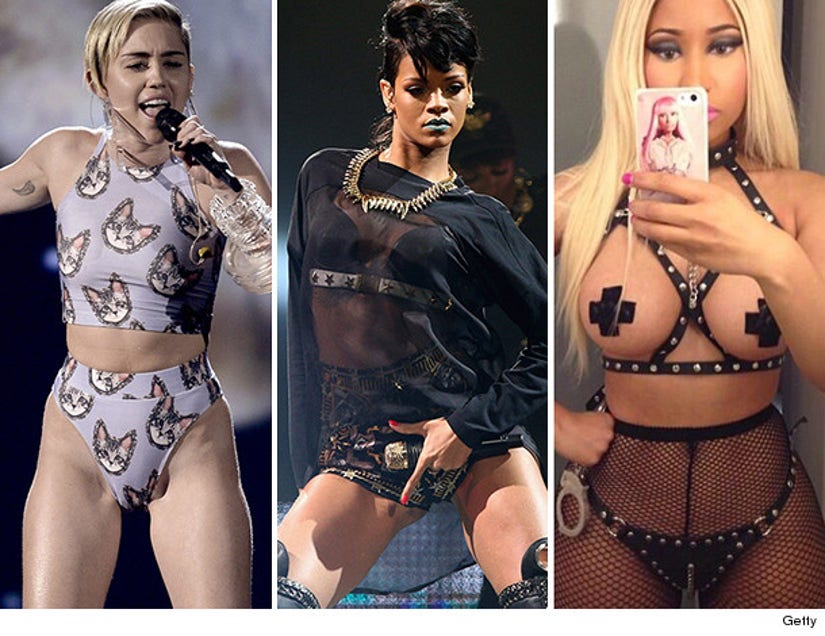 Finally, someone is speaking out about the crimes stars like Miley Cyrus, Rihanna and Nicki Minaj have committed against humanity -- showing off their privates!

Rashida Jones addresses what she calls "the pornification of pop stars" in her latest essay with Glamour magazine. 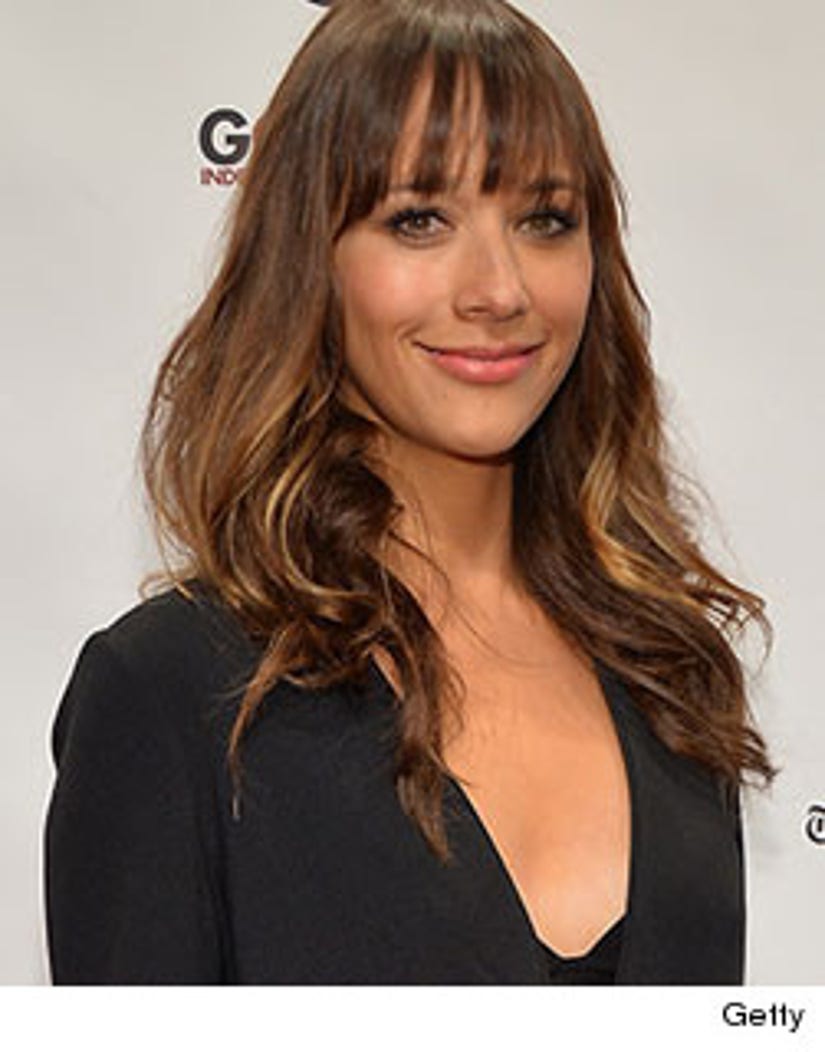 The article -- appropriately titled "Why Is Everyone Getting Naked? Rashida Jones on the Pornification of Everything" -- takes an inside look at the overexposure of female popstars, why it's happening and why it needs to stop ... like yesterday.

The "Parks and Recreation" star attributes this growing trend (showing as much skin as possible and being disgustingly sexual in pop music) to the marking of a new era -- one vastly different from the boundary pushing tactics of predecessors like Madonna and Janet Jackson. And in Jones' opinion, it's all gone way too far.

"Can't I just like a song without having to take an ultrasound tour of some pop star's privates?" the Harvard alumn asks.

The actress took to Twitter to voice her frustrations with the ladies of pop culture -- a social space which Jones admits, may not have been the best place to relay her differing opinions.

"The fact that I was accused of 'slut-shaming,' being anti-woman and judging women's sex lives crushed me," Rashida writes about the backlash she's received.

"I consider myself a feminist. I would never point a finger at a woman for her actual sexual behavior, and I think all women have the right to express their desires," she adds. "But I will look at women with influence—millionaire women who use their 'sexiness' to make money—and ask some questions. There is a difference, a key one, between 'shaming' and 'holding someone accountable.'"

Jones concludes that pop culture has reached a point of "oversaturation" and that "the poles, the pasties [and] the gyrating" are not "showing female sexuality; this is showing what it looks like when women sell sex."

Rashida also reveals that the first (and most obvious) step towards a positive change in pop culture -- start putting out music that doesn't solely objectify women.

"Maybe even a song that empowers women to feel good about some other great quality we have? Like, I don't know...our empathy, or childbearing skills, or ability to forgive one another for mean tweets?"

The world needs more women like Rashida Jones, that's for damn sure! What do you think about the 37-year-old's essay?

Tell toofab in the comment section and check out glamour.com for her full article!

And, since we objectified women above ... objectify some men below: