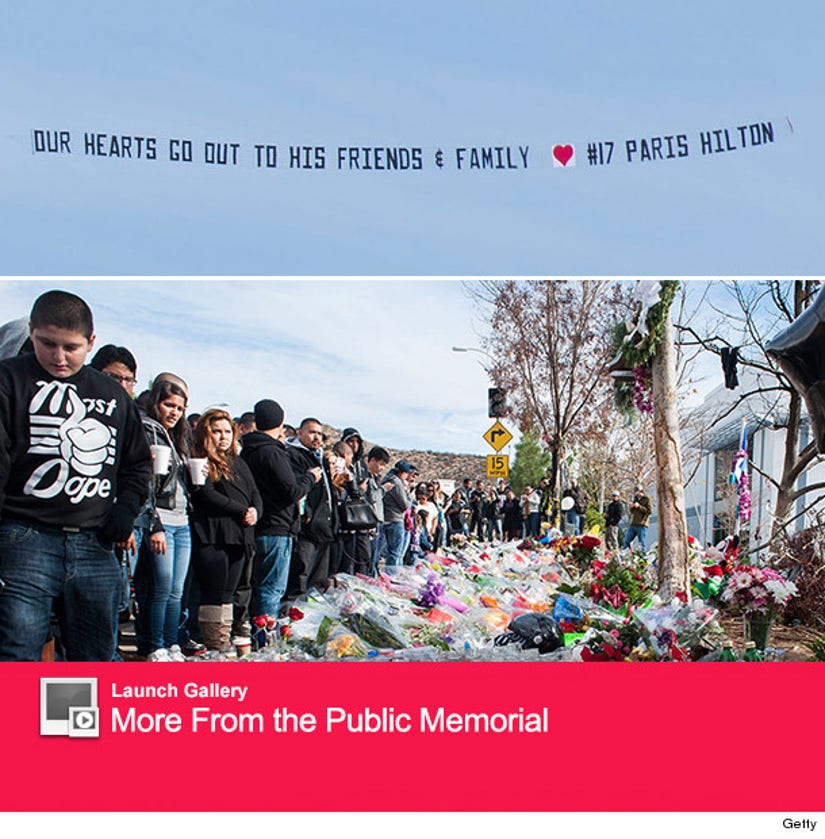 Paris Hilton ticked off a lot of people by doing absolutely nothing this weekend.

A plane carrying a banner with the heiress' name on it flew over a public memorial for Paul Walker on Sunday -- leading many to comment on Twitter that she was making the actor's death all about her.

The message read "Our hearts go out to his friends + family," with a heart and the words "#17 Paris Hilton" also written on it.

But while it may seem like Hilton's MO to go over the top with her condolences, toofab has confirmed she had nothing to do with it.

And this isn't the first time her name has appeared in the sky recently either.

A couple weeks back, another plane was spotted over Malibu carrying the messages "Can't get Paris Whitney Hilton out of my mind!" and "Mr. and Mrs. Hilton, may I court your daughter, Paris?"

We're told the Walker banner was from the same individual, who apparently has no problem taking advantage of a memorial for a deceased actor to get Hilton's attention.

As for the message itself, Paris did write something similar on her Twitter page the day of Walker's death.

Just heard the horrible news about Paul Walker. So sad & shocked to hear this. :( My heart goes out to his friends & family. #RIPPaulWalker