Thousands turned out for a memorial for Paul Walker on Sunday -- including one of his "Fast and the Furious" costars.

A car rally and public memorial took place at the site of actor's fatal crash in Santa Clarita, California yesterday, a memorial which was attended by over 5,000 people. 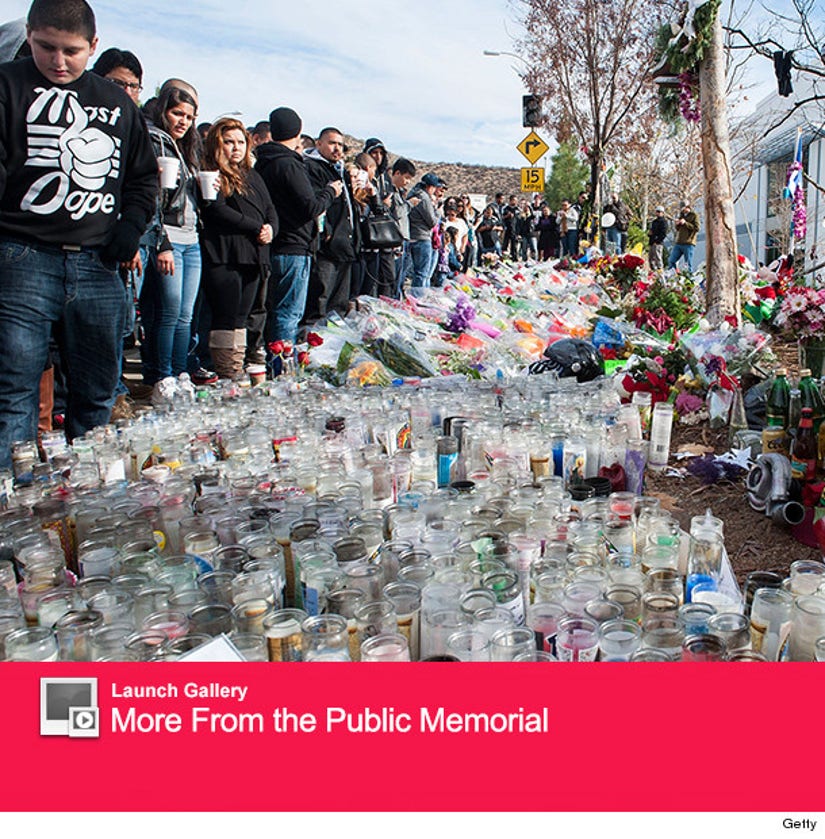 Rick Yune, who played bad guy Johnny Tran in the first film of the action franchise, took time to pay his own respects to his former costar at the event.

Surrounded by a police escort, the actor was seen bowing his head in silence and placing a memento on the massive memorial before walking off.

"We mourn his loss, but maybe we could just remember how great a guy this guy was and celebrate his life," he told reporters after his brief visit.

Yune is one of many costars who have come to remember the actor at the site of his death, with Vin Diesel, Michelle Rodriguez, Ludacris and Tyrese all making appearances.

Vin continued to mourn Paul's death on Facebook over the weekend too. Read his emotional message below: