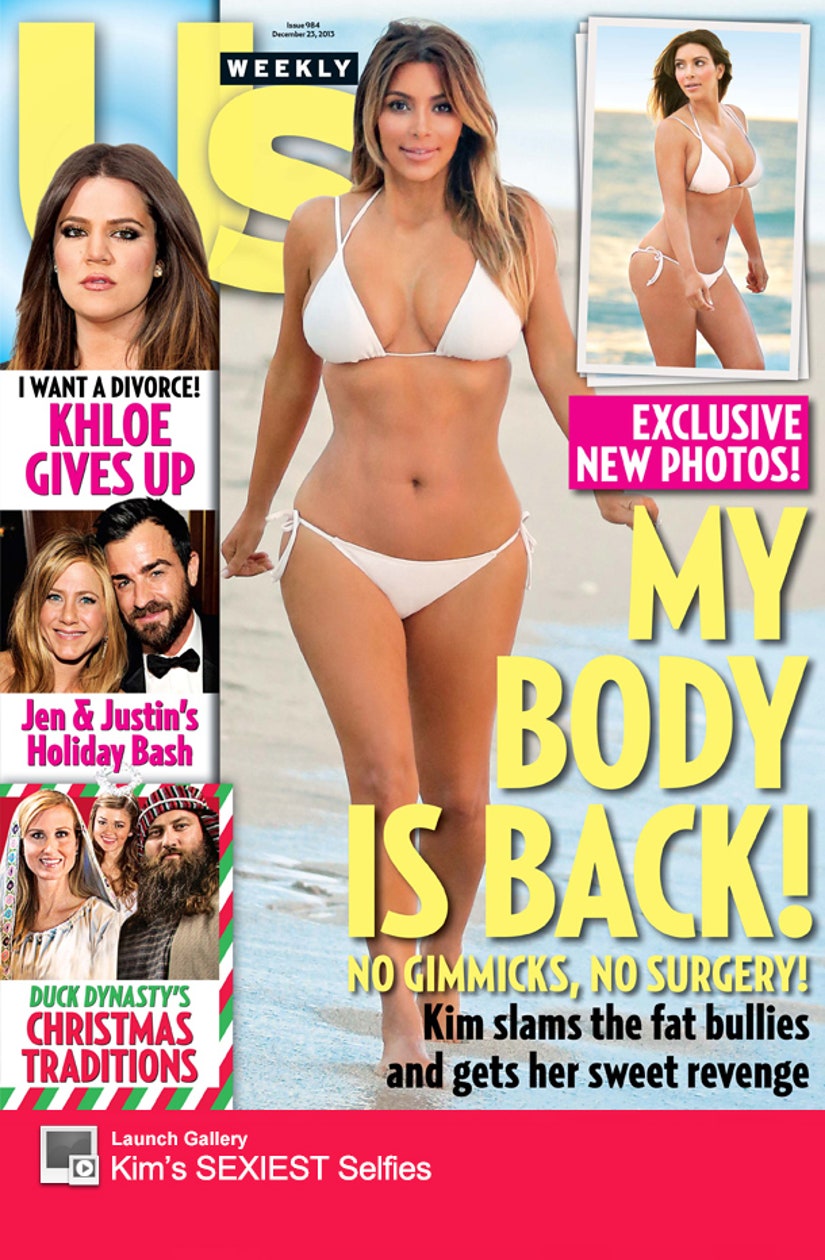 Kim Kardashian was bullied about her weight while she was pregnant ... but look at her now!

The reality TV star shows off her post-baby bod in a very sexy white string two-piece in the new issue of Us Weekly. The photos were taken on November 30 while in Miami in Kanye West, six months after she gave birth to daughter North West.

We can't believe a shoot like this happened on the beach and more paparazzi didn't catch her in the act!

According to Kim, she didn't use any surgery or "other gimmicks" to get back her bod, instead using the Atkins diet and working out.

The 33-year-old was famous for her bikini Instagram photos before she got pregnant. We have a feeling they're going to start up again any day now.

Check out her hottest selfies ever in the gallery above.