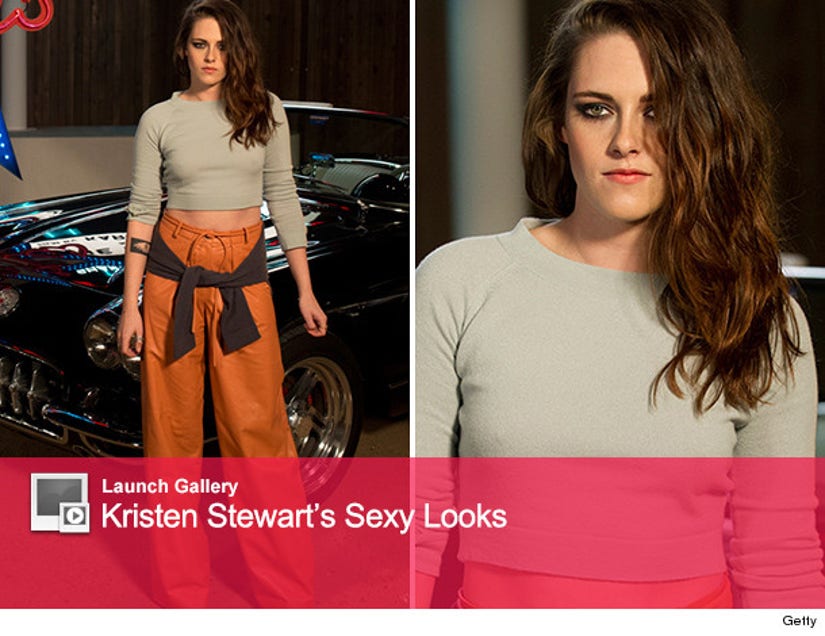 The "Twlight" starlet is the new face of Chanel's Paris-Dallas 2013 Métiers d'Art Collection. The fashion brand announced the news on Twitter, posting a snapshot of Kristen and Karl Lagerfeld, the designer behind the coveted collection.

The brunette beauty attended a showcase of the Métiers d'Art Collection on Tuesday at the Dallas' Fair Park. Other attendees included Dakota Fanning, Zoe Kravitz, Lauren Hutton and Anna Wintour.

The actress was dressed head-to-toe in Chanel at the show, sporting apricot pants, a gray crop top and a charcoal sweater tied around her waist. She swept her brunette locks to the side for a rocker-chic look, while showing off her new arm tattoo.

Kristen is clearly stepping up her style game. What do you think of her new Chanel gig? Tell toofab in the comment section below, and click "Launch Gallery" above to see Kristen's sexiest looks!