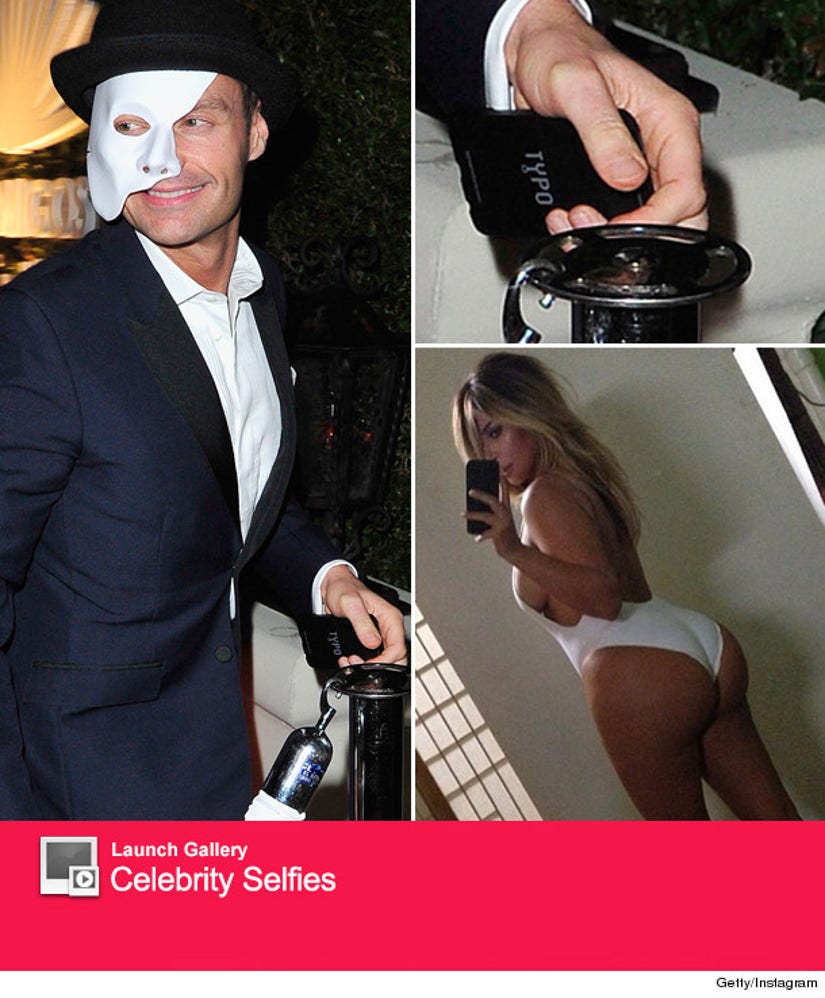 Ryan Seacrest wants to revolutionize your iPhone -- and he's already got some high-profile celeb supporters.

The "American Idol" host and friend Laurence Hallier have created the Typo Keyboard Case, an iPhone case with a built-in keyboard that works over Bluetooth.

Disappointed with the products already available and tired of carrying his BlackBerry around for its QWERTY keyboard, Seacrest and Co. invested over $1 million into creating a totally new device entirely.

While it'll officially debut at the Consumer Electronics Show in Las Vegas in January, a few select celebs have already been giving the product a test drive ... and Ryan chose wisely.

What better person to try out and show off a product for an iPhone than the Queen of the Selfie herself, Kim Kardashian, who actually had it on her phone when she took the now-infamous swimsuit pic above.

It's almost worth more to see someone like Kim using something like this in her everyday life these days, as opposed to spending even more money on a splashy ad.

This is strategic marketing at its best!

Helping generate even more buzz for the product are "Real Housewives of Beverly Hills" star Brandi Glanville and Ryan's "Idol" costar Randy Jackson, who both are already using the product as well.

The case is available for pre-order online now. They ship in January.