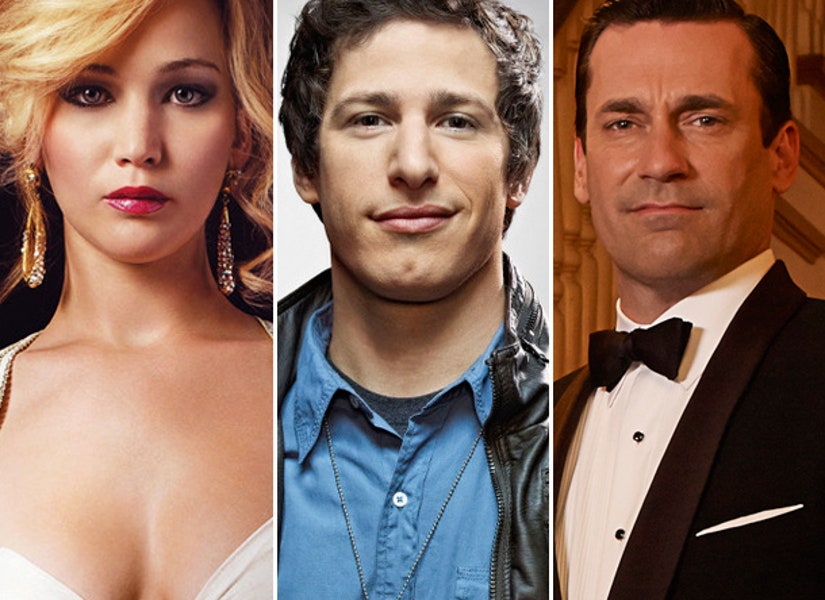 The nominees for the 2014 Golden Globe Awards were announced early Thursday morning in Los Angeles, highlighting the best in both film and television.

Early standouts this awards season include "12 Years a Slave," "American Hustle" and "Nebraska," while shows like "Breaking Bad," "The Good Wife" and, surprisingly, "Brooklyn Nine Nine" dominated on the TV end.

But there were a few glaring omissions from this year's list.

"The Butler" was totally shut out, meaning no nominations for the film itself or stars Oprah Winfrey and Forest Whitaker. Both thesps nabbed SAG Award noms on Wednesday.

And while "Wolf of Wall St." is up for Best Motion Picture and Leo was nominated as well, director Martin Scorsese didn't make the cut.

On the TV side of things, "Mad Men" was left out completely as well. This is the second year in a row the AMC show hasn't picked up a Best Drama Series nomination, after winning the category in 2007, 2008 and 2009.

Claire Danes, who won Best Actress in a Drama Series last year for her work on "Homeland," was also left off the list. Like "Mad Men," the Showtime show failed to garner any nominations this year.

Also shocking was the absence of "Game of Thrones" love. Not even a nom for Emmy winner Peter Dinklage?!

And with "Brooklyn Nine Nine's" surprising nomination, there was no room to honor critical and fan favorites like "Veep" and "Orange is the New Black." Better luck next year!

This year's ceremony will be held on January 12 and will be hosted by Amy Poehler and Tina Fey. See the full list of nominees below.

Best TV Miniseries or Movie
American Horror Story: Coven
Behind the Candelabra
Dancing on the Edge
Top of the Lake
White Queen