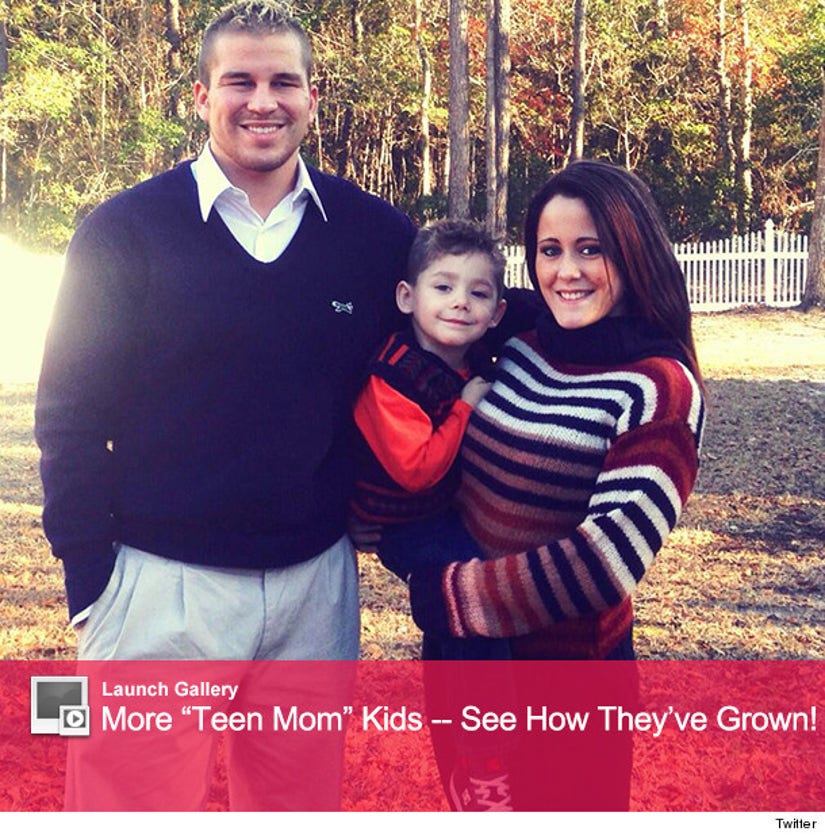 The 21-year-old reality TV star and boyfriend Nathan Griffith (left) are expecting their first child together, and according to E!, it was a "planned" pregnancy.

Both Evans and Griffith each have one kid from previous relationships. Jenelle's mom has custody of her 4-year-old son Jace, while Nathan's ex-wife's parents have guardianship of his 2-year-old daughter Emery.

Complicating matters even more: Jenelle is still married to her ex Courtland Rogers, who is currently in jail. Rogers plead guilty in April, after Evans accused him of assaulting her and their unborn child . She later miscarried.

While Jenelle has had a very troubled history on the MTV show, she now insists she's changed for the better, posting earlier this morning:

Before today begins, please everyone don't jump down my throat. People can change, people do change. I have changed. ❤️

According to a new interview with MTV, Evans says she's been sober since November 2012.

"We just want a child of our own that we can raise together as a family, and we want a stable relationship for Jace and his daughter,” she said. “We just want to settle down.”

"Now I'm in a stable relationship and I have my own place, my own car, a job…I can pay my bills. I'm just happy with my life right now," she adds. "I understand if they judge me now, but they won't judge me soon."