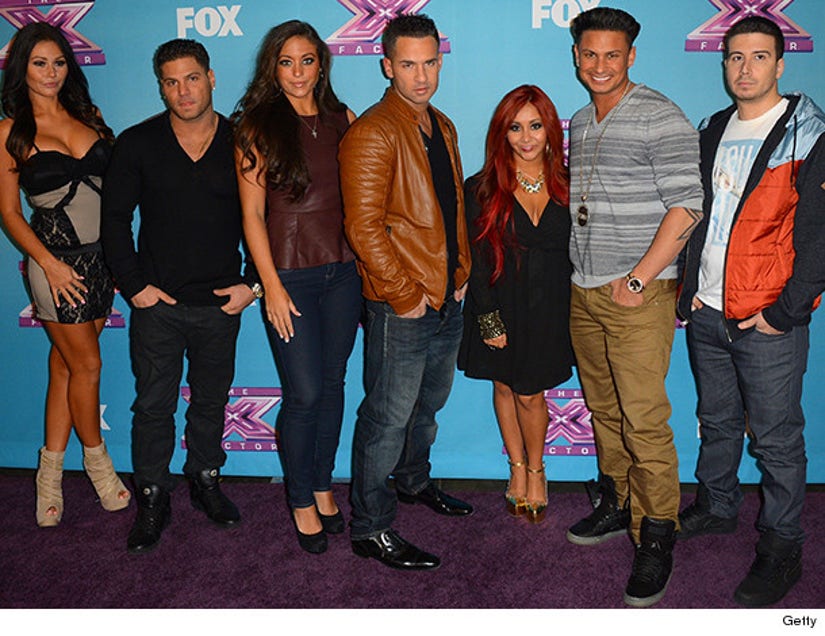 Things have certainly changed in the "Jersey Shore" family -- from their personal relationships to their faces!

While JWoww and Snooki have maintained their close friendship, it seems that one cast member hasn't stayed in touch -- Mike "The Situation" Sorrentino.

In a candid chat with Bethenny Frankel, JWoww says she hasn't spoken to The Situation in a long time.

"I actually, to be honest, I have not heard from him in about a year," the reality star explains. "I mean, I heard he was in Europe and then on this Spain tour, and he was all over the place. But, honestly I just, I tried texting him for the holidays and his birthday and I think he changed his number."

His battle with drug addiction, which he attributes to medication he took to cope with pain from injuries during "Dancing With The Stars," has kept him out of touch.

While on the show, she also addressed Internet speculation that she's gone under the knife. Though she freely admits to getting a boob job, what about Botox, her nose or cheeks? Watch the video below to see what she says: