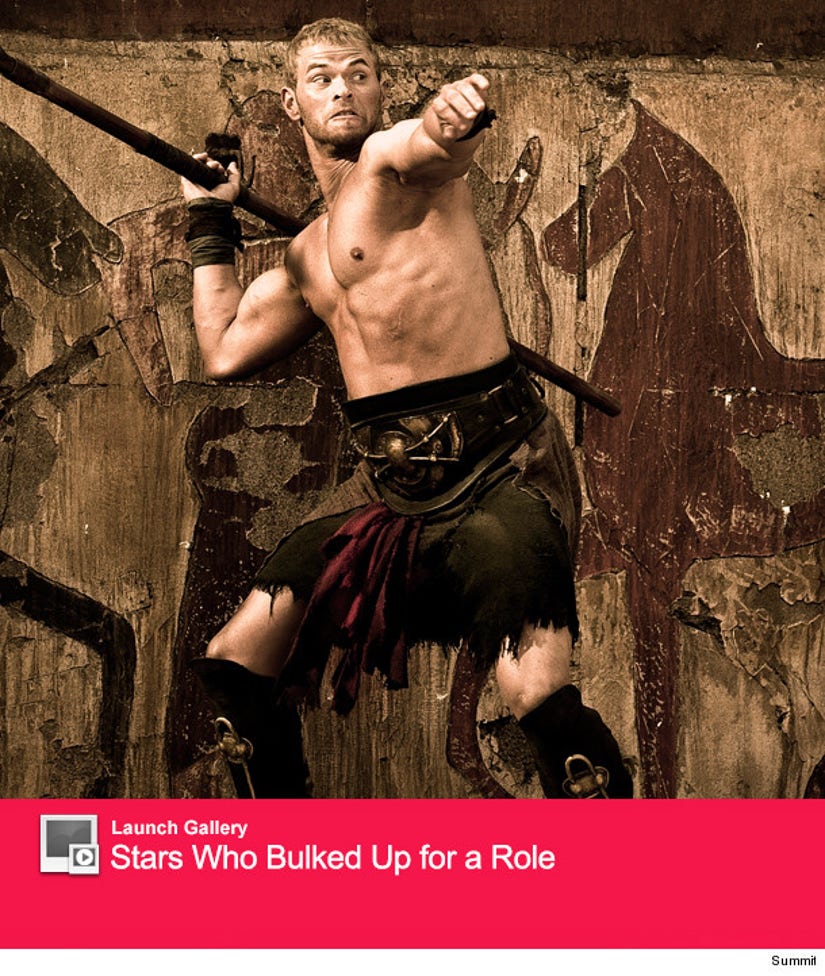 Kellan Lutz's butt took a beating on the set of "The Legend of Hercules."

The actor did most of his own stunts for the swords and sandals flick -- and he's got the scars to prove it.

"They are my tattoos. I have no tattoos. I really view my scars as my memories," he said about his scars at a recent press event in Los Angeles. "My body tells a story. As people ask what's that from, I have a really good story with it."

"Riding a horse you get a lot of chaffing, which I learned and that's not quite fun when you're wearing a skirt," Kellan adds about filming the new movie. "I have, on my ass, two lines of scars that I had to put a lot of Bio-Oil on to kind of get those to heal as fast as they could.

"There're my most iconic scars," he says. "You asked for it!"

Despite the injuries, the ripped 28-year-old actor loved taking the lead this time around -- and it sounds like he enjoyed making this over another "Twilight" film.

"I was in every single shot, which I loved," he says. "Big difference from 'Twilight' ... I loved being on set, 16 hours just flies by. It's when you're sitting in your trailer, like on 'Twilight,' that you're like ...you just kind of lose your brain sometimes."

And while he's already played two of his childhood heroes, the demigod and Tarzan, he still has his sights set on one more shirtless wonder.

"I love He-Man, so that would be one I would love to play," Lutz exclaims. "I have Tarzan, I have Hercules, let's get the third one!"

Someone make this happen. Thanks!