Lea Michele is opening up about Cory Monteith's death, giving some rare insight into their relationship and talking about how hard it was to move on after his death.

The actress appears on "The Ellen DeGeneres Show" today, where she got really candid about her grieving process.

"I think at a certain point you can choose to sort of fall from this or you can choose to rise," she says during the interview. "And that's what I'm just trying to do my best for him because I know that that's what he would have wanted and to just do my best and to you know, hopefully make something positive for where I go in the rest of my life."

And one of those positive things for Michele is her new music, which was influenced by Monteith's passing.

"Cory got to hear all but two songs on the record and he had notes all the time when I would come home and play him a song," she says. "Then after everything happened I met with Sia who's incredible and she said do you want to write anything about this? And, I think one of the hardest things is the feeling like you're going to forget everything, so I felt it was important to just take a moment to see what we could come up with."

That led to a song called "If You Say So," which she wrote about her boyfriend. Her new single, "Cannonball," also came from Sia -- and she says it fit the tragic situation perfectly.

"I explained to her you know how grief really just, you can get sucked into it. You can literally lose yourself if you don't actually die from it you can lose yourself completely," she says. "[Sia] said, 'Oh, that's so crazy cause I wrote this song it's called 'Cannonball' and you just said the lyrics."

Ellen and Lea briefly talked about Monteith visiting the show before his death, which Michele calls one of her favorite memories. Find out why in the video above.

See more from Lea's interview -- and watch her first performance of "Cannonball" -- on today's episode of "The Ellen DeGeneres Show." 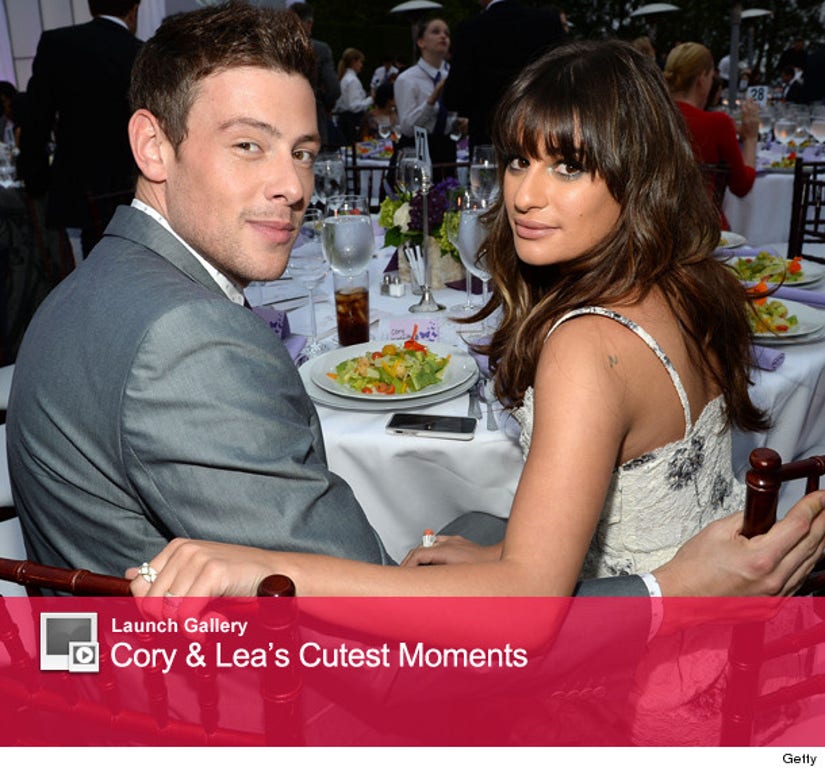