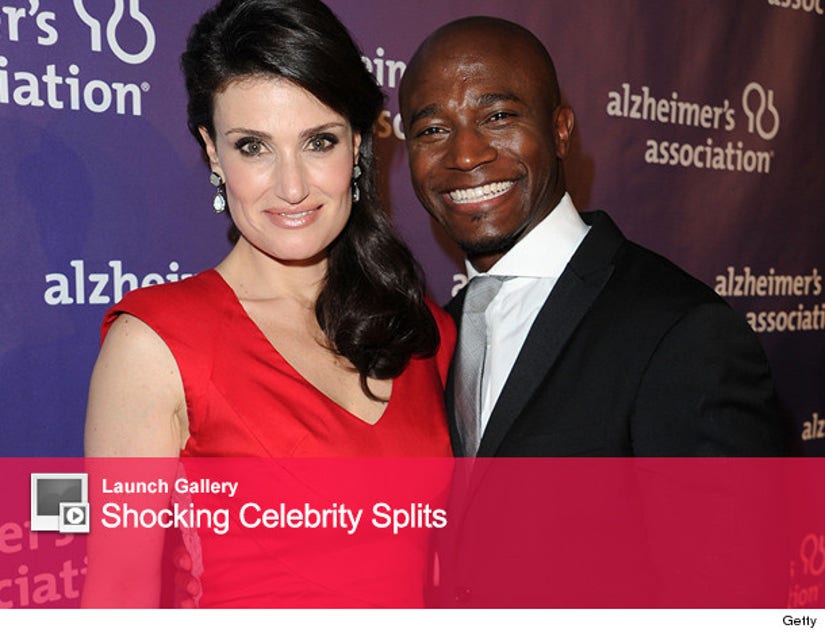 One of Hollywood's most beloved couples, Tay Diggs and Idina Menzel have split!

After more than 10 years together, reps for both off the stars tell People that the couple have decided to go their separate ways.

"Idina Menzel and Taye Diggs have jointly decided to separate at this time," their reps released in a statement to People. "Their primary focus and concern is for their son. We ask that you respect their privacy during this time."

Diggs and Menzel first met when they co-starred on the Broadway musical "Rent" in the early '90s -- the couple tied the knot in 2003 and welcomed their son, Walker, in 2009.

Earlier this year, Idina told the mag that their marriage definitely had its ups and downs. "We work at it," she explained.

"I'm not going to glamorize it or glorify it – we go through tough times like everybody else, but we love each other very much. We try not to be away from each other for more than two weeks at a time, and we try to find new ways to communicate."

We hope they have an amicable split -- are you shocked by the news? Tell toofab in the comment section below, and click "Launch Gallery" above to see even more surprising celebrity splits!