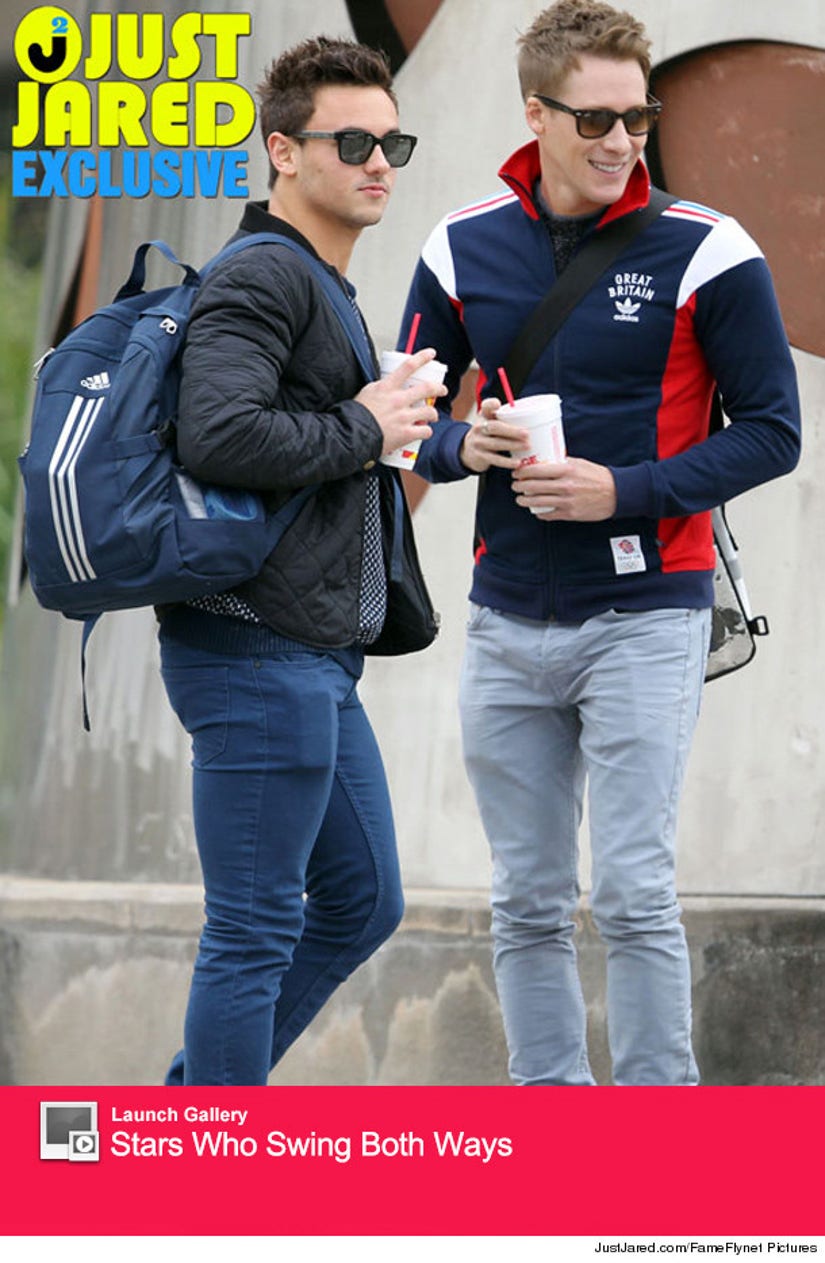 It's official -- and we've got the pic to prove it!

Daley made waves earlier this month when he announced he was dating a man, but still "fancies" women as well.

The couple was seen walking out of the University of Houston diving center where Tom is training for the 2016 Olympic Summer Games in Rio de Janeiro. Dustin, a 39 year-old Oscar-winning screenwriter for "Milk," wore a Team Great Britain jacket to support his boo.

Tom stopped by "The Jonathan Ross Show" last weekend, and had this to say about his new romance: “[Dustin] makes me feel safe and happy, right now I couldn't be happier… I've never had it before where I love someone and they love me just as much.”

Click the 'Launch Gallery' above to see more bisexual stars -- and let us know what you think of this romance in the comments section below.