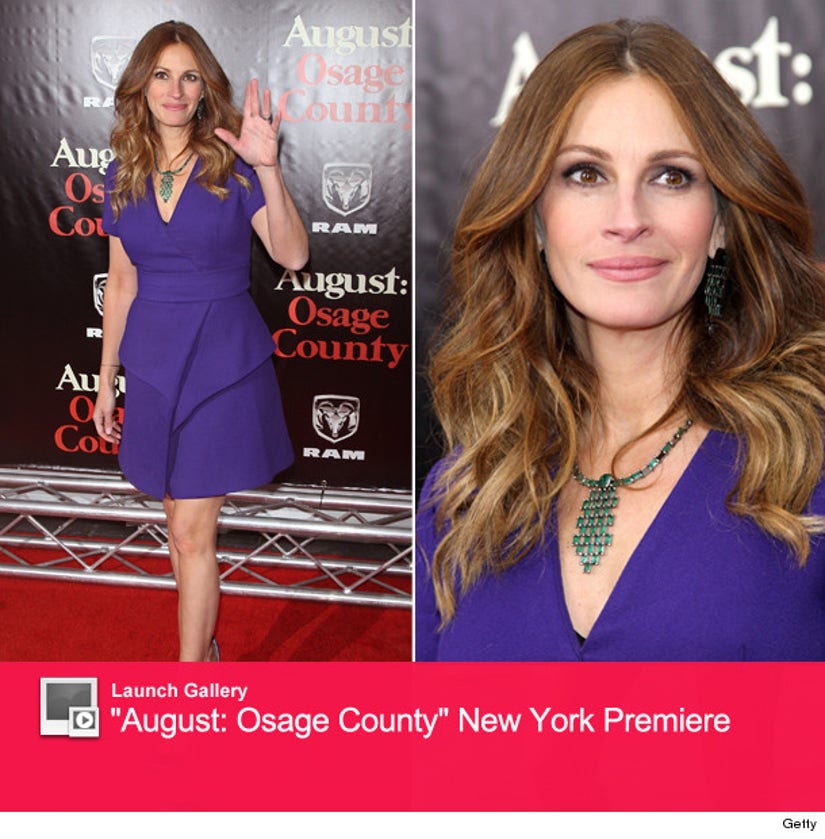 Julia Roberts is one hot mama -- but she's not expecting!

The actress looked stunning on the red carpet Thursday at the premiere of her new movie, "August: Osage County," in New York City.

She showed off her fit figure (and non-existent baby bump) in a royal blue Proenza Schouler dress paired with Charlotte Olympia shoes and Wilfredo Rosado jewelry.

Several media outlets have recently been speculating that the 46-year-old is pregnant with her fourth child, but she set the record straight about the rumors during an appearance on "Late Show With David Letterman."

See what she said below:

Julia wasn't the only Hollywood star to stun on the red carpet! Click "Launch Gallery above to see Abigail Breslin, Juliette Lewis, Connie Britton and more at the New York premiere of "August: Osage County."