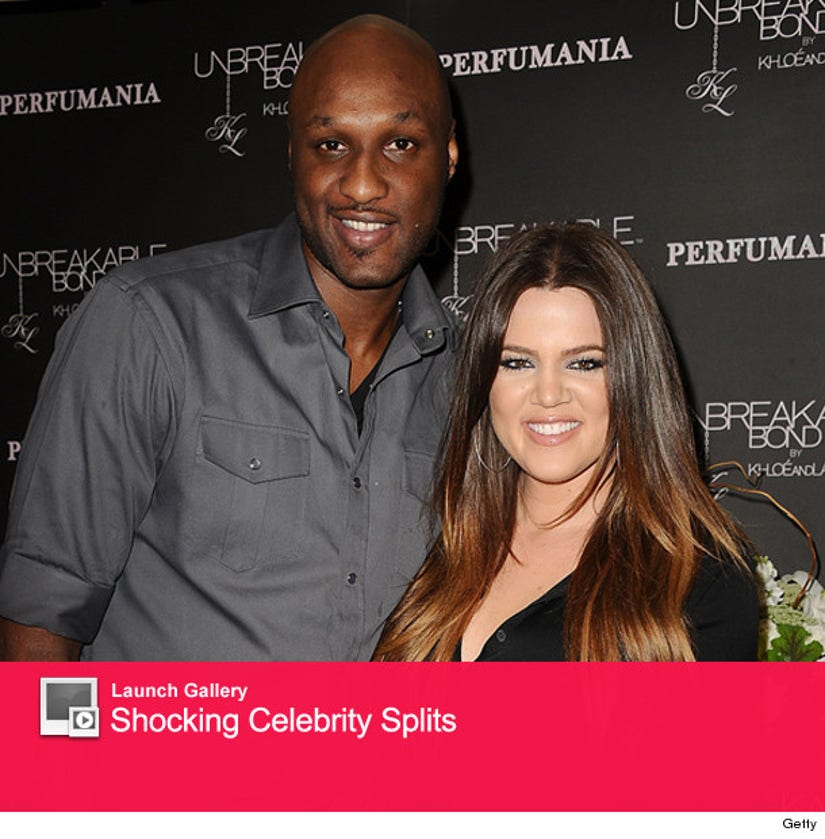 TMZ reports the "Keeping Up with the Kardashians" star filed for divorce on Friday, citing irreconcilable differences as the reason.

The website says that Odom's bizarre freestyle rap video, which first surfaced last month, was "the last straw" for the 29-year-old, who's been reportedly struggling with the relationship for months.

After the video went viral, Kardashian has been photographed without her wedding ring.

According to TMZ, she's also asking to take "Odom" out of her last name ... so she'll simply be Khloe Kardashian again.

Last August, reports came out about Odom's alleged drug abuse after he supposedly went missing for days. Khloe had given Lamar "an ultimatum" in September, following his one-day rehab stint and DUI arrest. On Dec. 9, Lamar entered a no contest plea for his run-in with the law and was sentenced to 36 months of probation.

Kardashian and Odom married in 2009 after just one month together.

We wish Khloe and Lamar the best during this difficult time. What do you think about Khloe's decision to file for divorce?