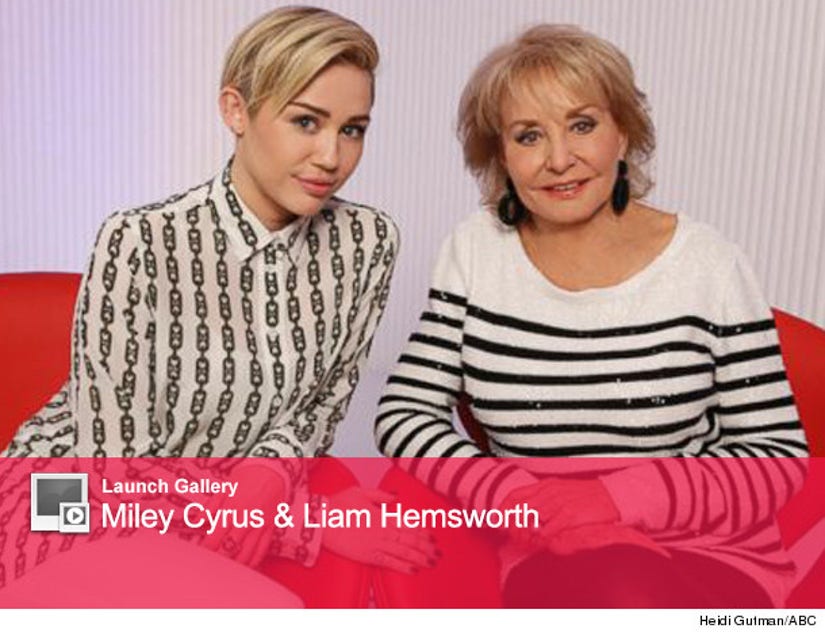 Miley Cyrus is an open book!

In an interview with Barbara Walters, ﻿the pop starlet is opening up about her relationship with ex beau Liam Hemsworth, saying she believes they moved got engaged too soon.

“I don't think I realized what 19 truly is, and I got engaged at 19, and I definitely wouldn't change being engaged," Cyrus told Walters in an interview for the upcoming special, "Barbara Walters Presents: The 10 Most Fascinating People of 2013." ﻿"It was so fun wearing a fat rock for a few years. But now, I just feel like I can actually be happy. I wait for those moments of silence, when I'm just at my house, by myself.”

Miley and Liam, who dated for four years and announced their engagement in 2012, split up in September. While the singer admits that she was too young to get married, she worries about being alone.

“I was so scared of ever being alone, and I think, conquering that fear, this year, was actually bigger than any other transition that I had, this entire year,” the "Bangerz" singer explained. “I don't ever want to have to need someone again, where you feel like, without them, you can't be yourself.”

So, does Miley see wedding bells in her future?

“I think I'll want that in the times that it needs to be,” Cyrus said.

To see Barbara Walters' full interview with Miley Cyrus, check out “Barbara Walters Presents: The 10 Most Fascinating People of 2013″ Wednesday at 9:30 p.m. ET on ABC.