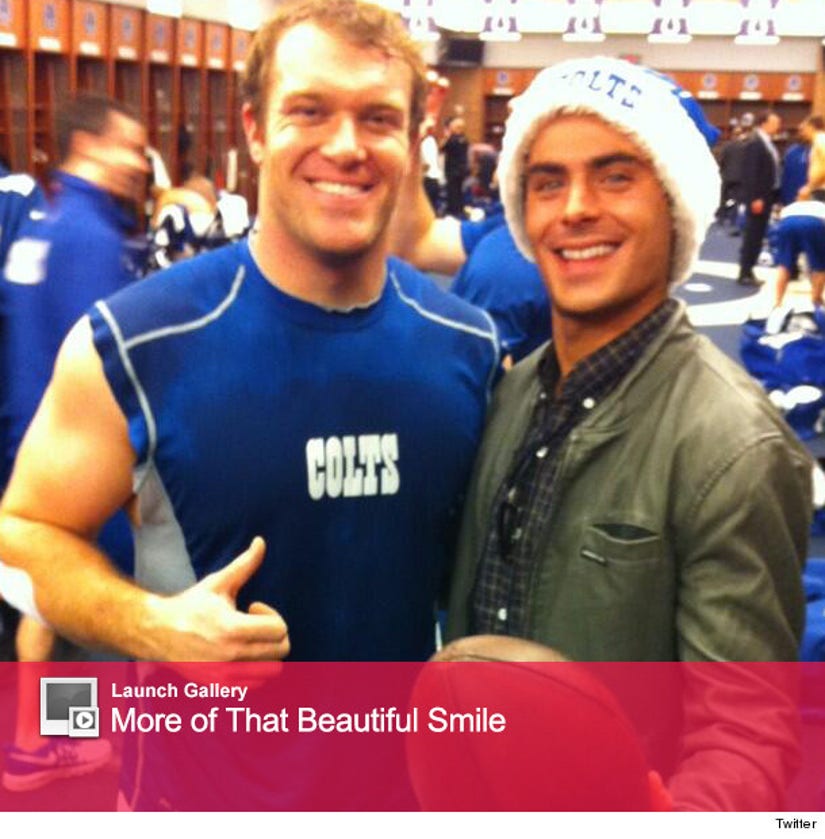 The wires are off!

Over the weekend, Zac Efron made his first appearance in public since breaking his jaw -- proving to the world that he still has one sexy smile even after having his jaw wired shut.

In some of the first photos of him since the incident, where his reps say he slipped on a puddle of water at his home, he shows no sign of permanent damage to that beautiful face.

The actor also reportedly suffered a gash that required stitches, but we don't spot any scars in the new pics.

Efron was seen attending a Colts game in Indiana on Sunday, where he posed with players including Matthew Hasselbeck and Matt Overton in the locker room.

Zac also shared a photo of him with the team's owner and CEO Jim Irsay, with a HUGE grin on his face.

Looks like everything healed nicely, right? Check out more pics from the game above!