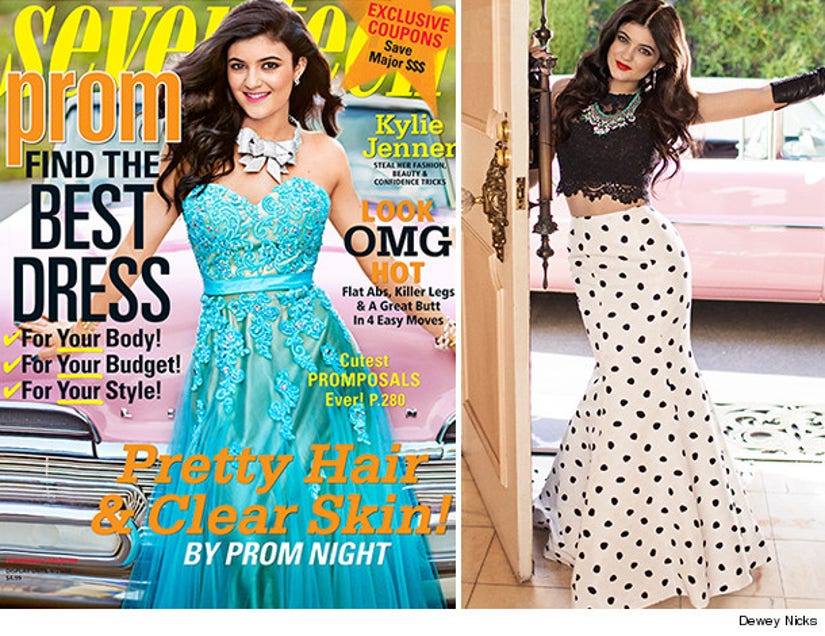 Despite growing up with a silver spoon, Kylie Jenner seems pretty grounded!

The "Keeping Up with the Kardashians" star covers the annual issue of Seventeen Prom, where she opens up about her dating desires and prom preferences.

While there's been a ton of speculation that the youngest Jenner girl has been seeing Jaden Smith (romantically) -- she says they are just good friends, and that Jaden would make a great prom date!

"I don't have a boyfriend, but I do really want that boyfriend prom experience. I would want to go with someone who's not afraid, or doesn't think that he's too cool, to show up at my house with a rose corsage," Kylie explains.

"It would be nice for the guy to come over and be respectful and nice while my mom takes prom pics. But if I couldn't find a boyfriend, I would want to go with one of my best guy friends, like Jaden [Smith]. I know I'd have fun with him – he makes me laugh and he is a great dancer," she says of Will Smith's son.

The 16-year-old also says that starring on reality TV has made her tough. "Since I was 9 years old, I've been in the entertainment business, and everyone is always telling me what – and what not – to do…you just get a tough skin and have to not care about what people think or you will not end up in a good place," Jenner tells the mag. 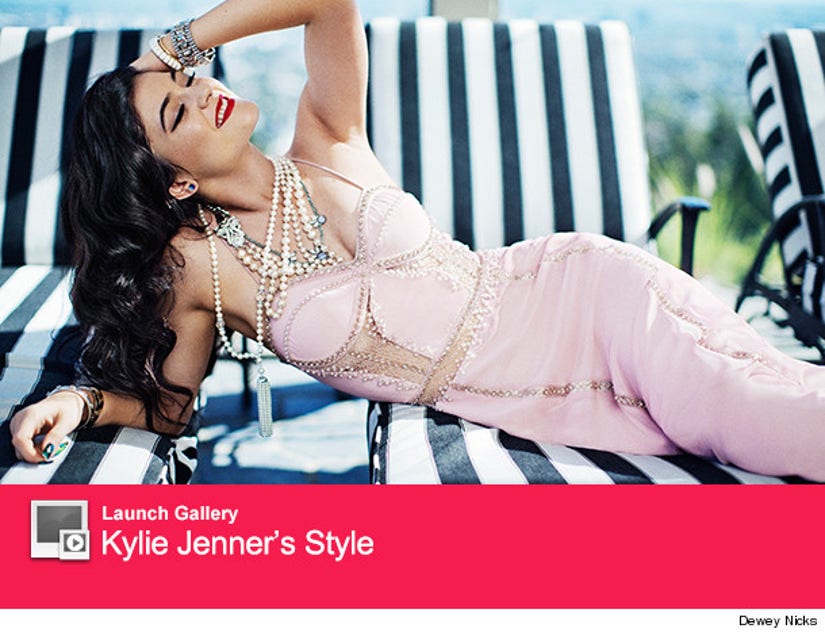 The E! star also admits that when it comes to guys, she has no problem making the first move ... probably because she comes from a home of very strong women!

"When it comes to guys, I don't get shy," she says. "Guys like it when you aren't afraid to make the first move."

While the brunette beauty's family has more money than they probably know what to do with, she's not above borrowing her sisters' clothes or stopping for some good fast food on prom night.

"I borrow things from my sisters' closets all of the time. For prom, I'd probably raid Khloe's for shoes (she has the best shoes!), and Kim's for dresses and handbags because I really admire her style a lot… You don't have to go to some fancy restaurant for dinner either. Food is food, right? I'd definitely be at In-N-Out for a burger!," she tells the mag.

It's nice to see that Kylie is still just teenager at heart! What do you think about her candid comments? Tell toofab in the comment section below, and check out the gallery above to see Kylie's evolving style!

Make sure to check out Seventeen.com for Kylie's full interview with the mag.