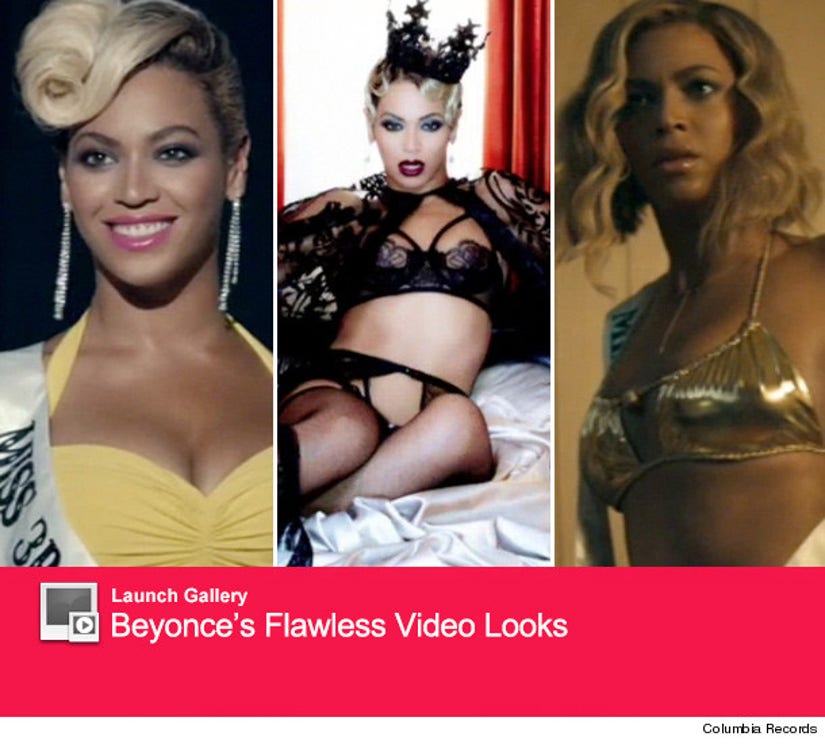 If you watched all 17 of Beyonce's new music videos, one thing is very hard to miss: all that crazy hair!

From finger waves to long locks, Knowles transformed with each video -- and sometimes sported more than one 'do in each clip.

The singer is a true chameleon and a real original, something her longtime hairstylist Kim Kimble revealed in an exclusive chat with toofab.

"Beyonce has never once mimicked any celebrity or asked to look like someone else," Kimble tells toofab -- putting to rest accusations that she copied Rihanna or Madonna's style in some of the new videos.

"She has to be a trendsetter," Kim -- who also stars on We TV's "L.A. Hair" -- adds, saying that women have already come to her salon specifically asking for Bey's bob.

Kimble did all the hair in the videos for "Blow," "Haunted," "Pretty Hurts" and "Superpower" for the visual album. And while it was a lot of work, she says Knowles is not hard to work with.

"Beyonce doesn't demand any special products for her hair," Kimble says, also revealing each look took anywhere from an hour to two hours to complete.

We're told the singer paired her different 'dos specifically to the clothes she'd be wearing in each video. She also matched the blonde in her hair to the undertones of her skin.

And while it may seem like Kim would have the inside track on the album's surprise release, in actuality, she was just as shocked as the rest of us!

"I didn't know anything," Kimble exclaims. "I had a feeling, but she never discussed any of that with me. I didn't even realize it was for an album!"