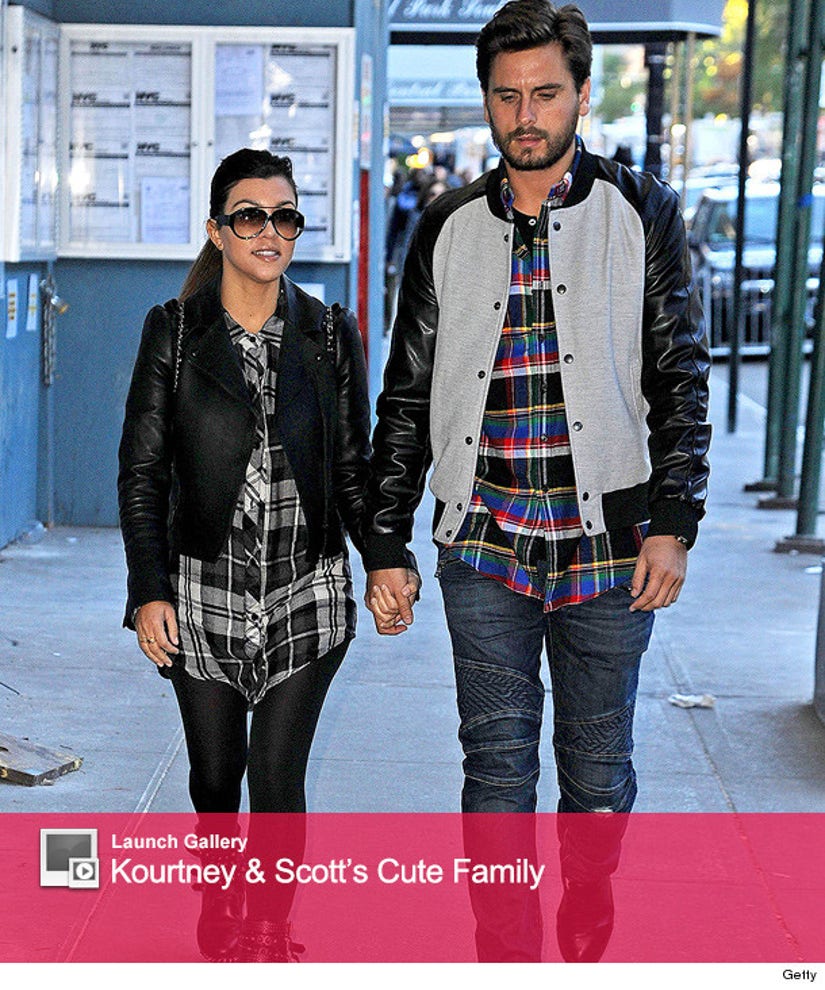 Is another Kardashian relationship on the rocks?

After the breakdown of Kris and Bruce Jenner's marriage and Khloe Kardashian filing for divorce from Lamar Odom this year, one tabloid is claiming Kourtney Kardashian and Scott Disick are next.

In Touch not only says Scott has moved out -- but reports he's also been seen with another woman while staying at the Montage Beverly Hills Hotel in Los Angeles.

It's a scandalous story, sure. But we hear it's not exactly true.

Sources close to the Kardashian family tell toofab that the two are still very much together, and any rumors of a split are "ridiculous." The source adds they even spent the day together yesterday, riding around in one of Scott's new cars.

The two have actually been pretty cozy all month.

In early December, the couple went to Tucson together to visit Kourtney's alma mater, University of Arizona.

Scott also swooned over his baby mama on his Mobio account. When a fan asked what he loves most about Kourtney, he replied "Everything luckily."

See more photos of their super cute family in the gallery above.

Do you think Scott will ever put a ring on it? Sound off below!