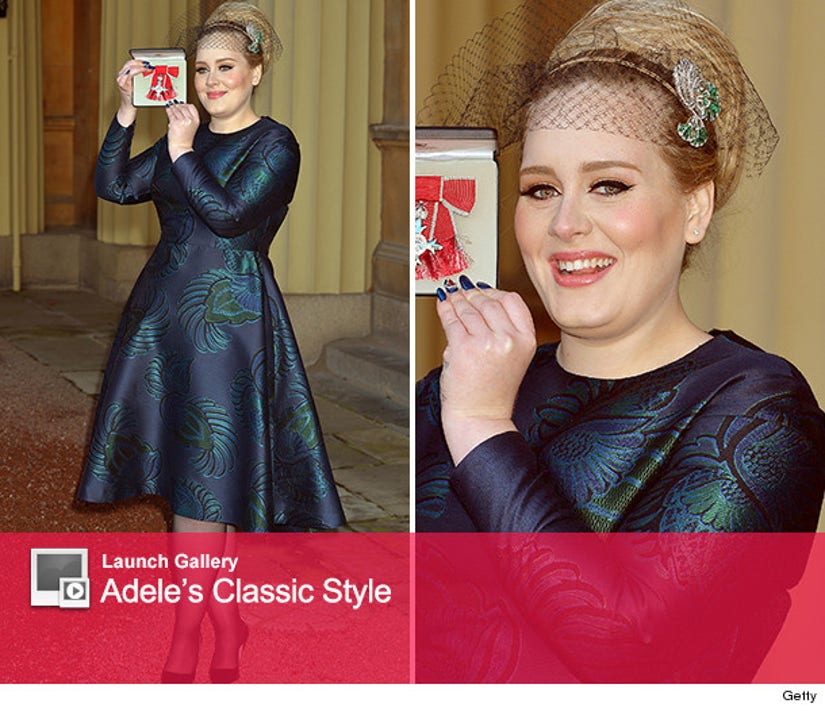 Adele can add another award to her long list of accolades!

The singer was awarded with the MBE medal from Prince Charles for her "services to music" at at Buckingham Palace on Thursday.

The "Someone Like You" singer looked gorgeous for the royal affair, wearing a navy long-sleeved Stella McCarthy tea dress which she complemented with a Philip Treacy veiled headpiece.

The coveted MBE medal is given to those who are "Members of the Most Excellent Order" of the British Empire.

The 25-year-old has had quite the record setting year -- the singer received her 9th Grammy for "Set Fire to the Rain" and won the Oscar for the Best Original Song for "Skyfall."

While Adele welcomed her first child in October 2012, she's taken the past year to focus on her family with boyfriend Simon Konecki.

How do you think the "Rolling in the Deep" singer looked for the prestigious ceremony? ﻿Tell toofab in the comment section below, and click "Launch Gallery" above to see more of Adele's classic looks!