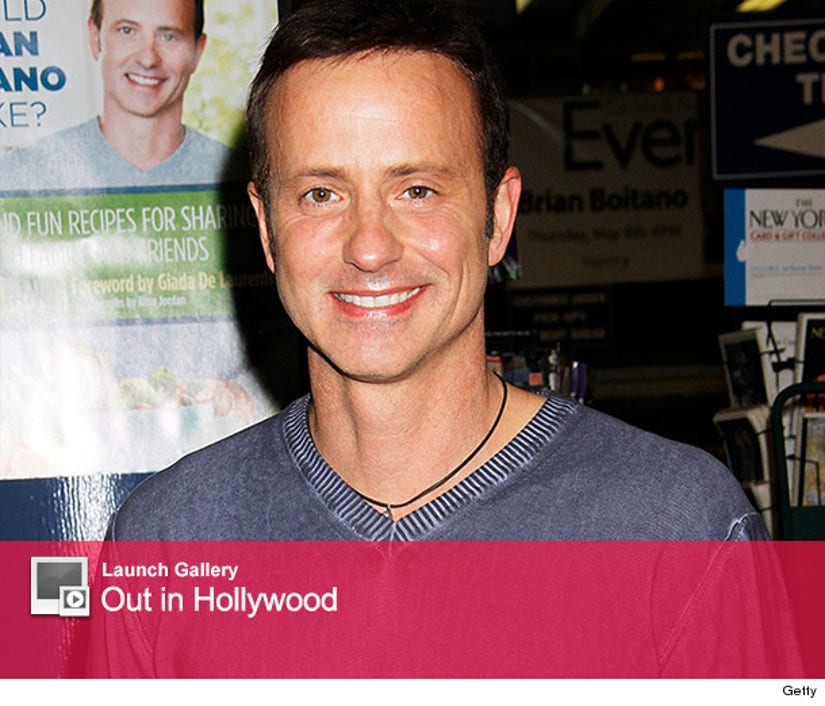 "I am many things: a son, a brother, and uncle, a friend, an athlete, a cook, an author, and being gay is just one part of who I am," he said in a statement.

"First and foremost I am an American athlete and I am proud to live in a country that encourages diversity, openness and tolerance," Boitano added. "As an athlete, I hope we can remain focused on the Olympic spirit which celebrates achievement in sport by peoples of all nations."

Brian's announcement comes two days after being named to the U.S. delegation for Sochi. He joins openly gay athletes Billie Jean King and Caitlin Cahow for the opening and closing ceremonies.

Boitano says he's proud to be chosen to represent the American delegation as a former Olympic athlete, but "I have always reserved my private life for my family and friends and will continue to do so."

Are you surprised by his announcement? Tell toofab in the comment section below, and click "Launch Gallery" above to see other stars who are out in Hollywood!