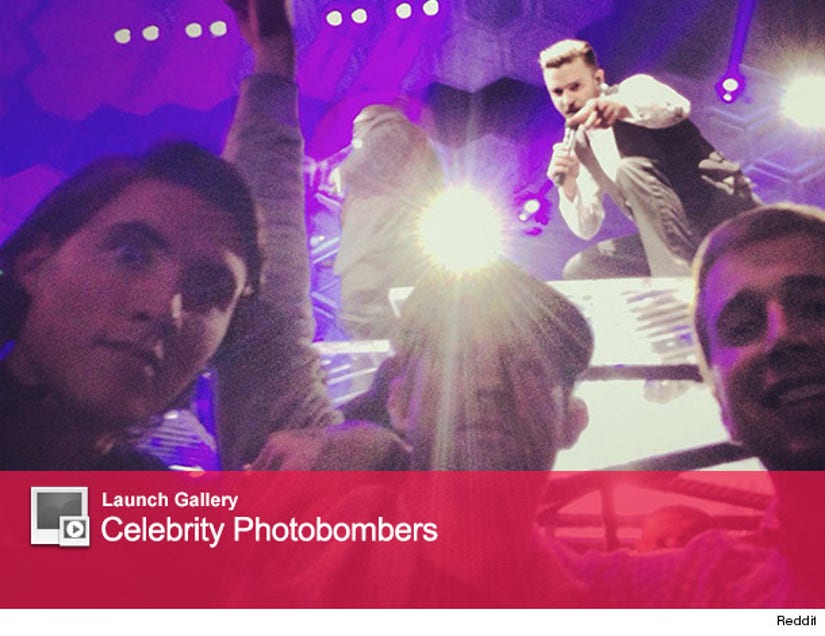 Here's one more reason Justin Timberlake is kind of the man!

The singer spotted some fans taking a group shot during his concert, and decided to slide right into the picture by crouching down and pointing at the camera.

We're sure the unsuspecting concert goers were more than excited when they realized that JT himself was posing for the fun photo as well.

While we don't know which venue the picture took place at, a user uploaded the candid snap to Reddit on Wednesday, and the photo already has over 44, 000 upvotes!

What do you think of the "Holy Grail" singer's picture cameo? Tell toofab in the comment section below, and click "Launch Gallery" above to see even more awesome celebrity photobombs!