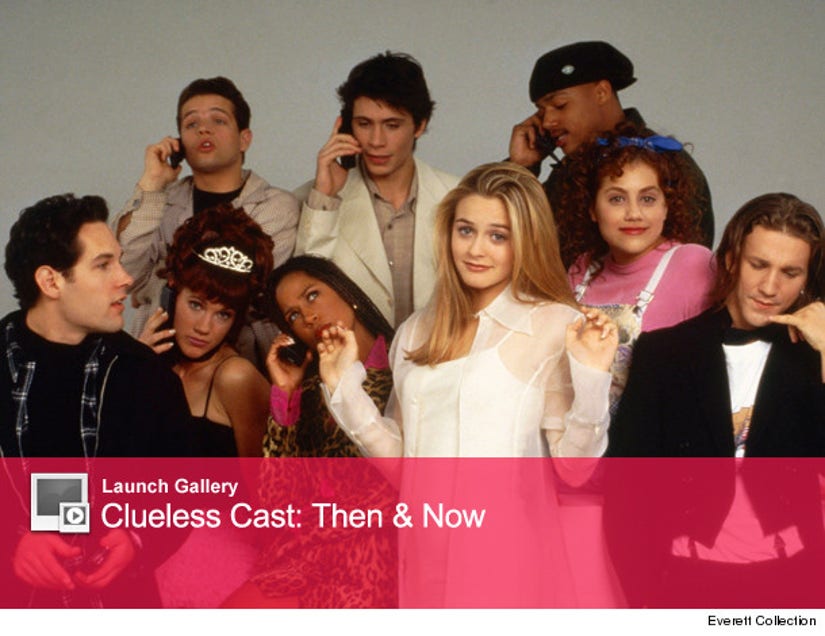 The late Brittany Murphy is still adored by her former co-stars.

Brittany's "Clueless" castmates open up about some of their fondest memories working with the actress in the latest issue of Vulture magazine.

In the flick, the actress plays Tai, Cher's (Alicia Silverstone) new friend who she tries to set up with their super snobby classmate Elton (Jeremy Sisto).

"I love when Brittany Murphy does her little 'rolling with the homies' [hand gesture]. It's so sweet. She was so special for that role and just adorable and lovely and brilliant. It's so weird to think she's not around anymore. It seems very abstract," Silverstone says.

The "8 Mile" star tragically passed away in 2009, when she suffered a full cardiac arrest -- she was only 32-years-old.

While the brunette beauty is no longer with us, her memory instills warm feelings from the cast -- and to this day, Donald remembers that special "spark" she had on set.

"She had that spark, you know what I mean?" Faison explains. "I honestly believe that's why everybody remembers the song because one, she's so cute when she sings it. Two, you didn't expect that voice to come out of that girl when she sang. So when she does that line, it's like, 'Holy cow, she can sing?'"

Breckin (who played Travis, Tai's love interest ) reveals that the two were so close during filming, he felt like she was a sister.

"That [moment] is the only time Brittany and I came close to kissing. Because we never actually kissed, even though we played boyfriend-and-girlfriend probably four or five times. Even in Clueless. At the end of the movie I'm supposed to give her a kiss at the wedding scene, but because Brittany was always so close to me and like a sister, you'll see in the movie that I just kiss her on the top of the head," Breckin explains.

It's great to see that the cast continues to remember Murphy. Click "Launch Gallery" above even more stars from "Clueless" then and now!