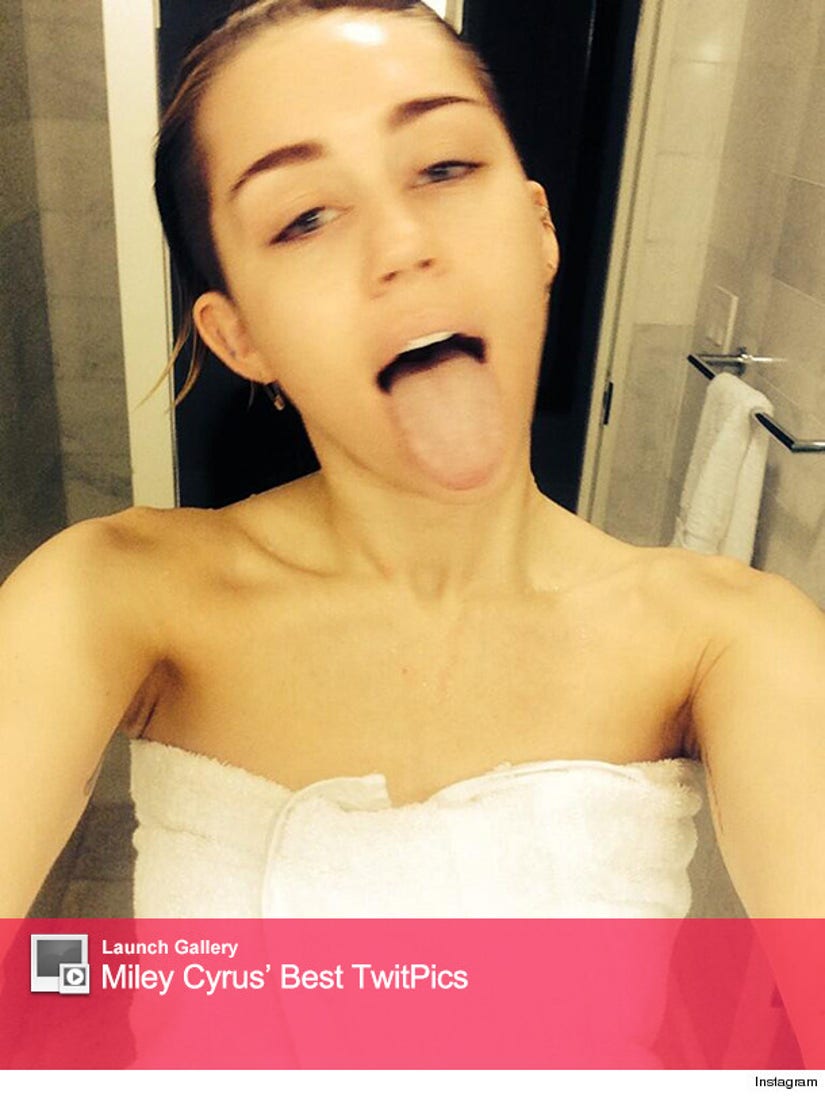 The "Wrecking Ball" singer shared a picture on Instagram of her post-shower on Thursday.

"#turntupshowertime," the pop star captioned with the towel-clad snap. The photo is actually pretty tame for the former Disney actress -- as most of her Instagram and Twitter feeds are plastered with pictures of her twerking and flaunting far more skin.

Of course, the 21-year-old has her tongue sticking out (yet again). The singer recently told Barbara Walters that she always sticks out her tongue in pictures because she feels awkward.

We think Miley should work on a different go-to picture move. What do you think about Miley's post-shower selfie?

Tell toofab in the comment section below, and click "Launch Gallery" above to see even more sexy TwitPics of the "We Can't Stop" singer!