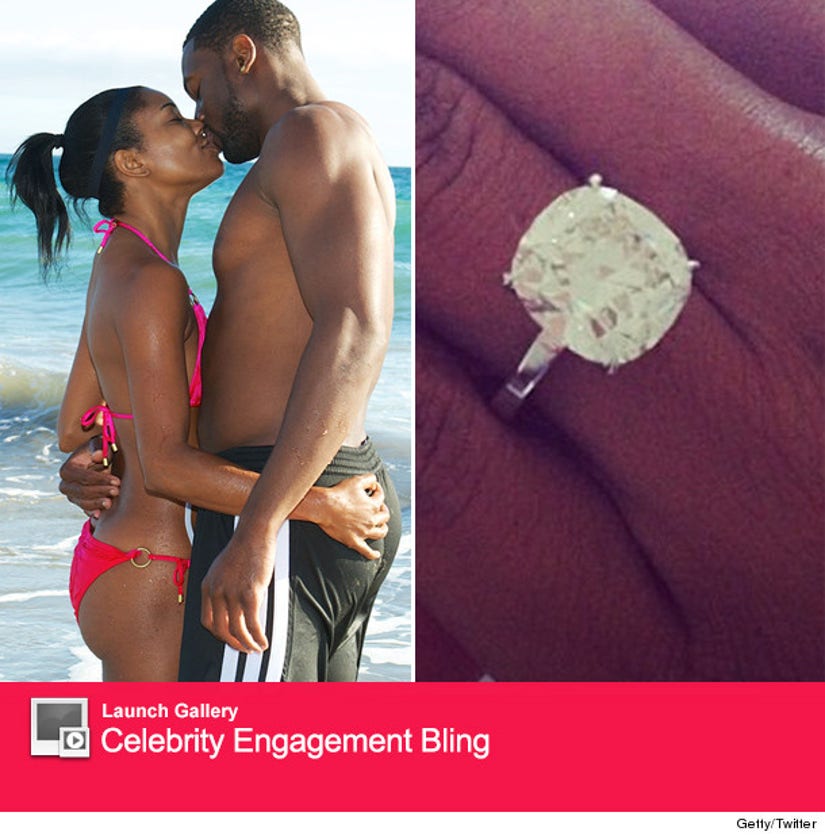 Gabrielle Union and Dwyane Wade are engaged after the Miami Heat player popped the question on Saturday night -- and she said "Yes."

And taking a look at that ring, we don't blame her. According to Us Weekly, Wade proposed with an 8.5 carat sparkler from Jason of Beverly Hills.

Earlier this year, the two hinted at tying the knot by sent out Christmas cards from the "Wade-Union Family," showing Gabrielle, Dwyane, his two sons and the nephew he's raising.

Congrats to the happy couple! Check out more celebrity engagement rings in the gallery above.