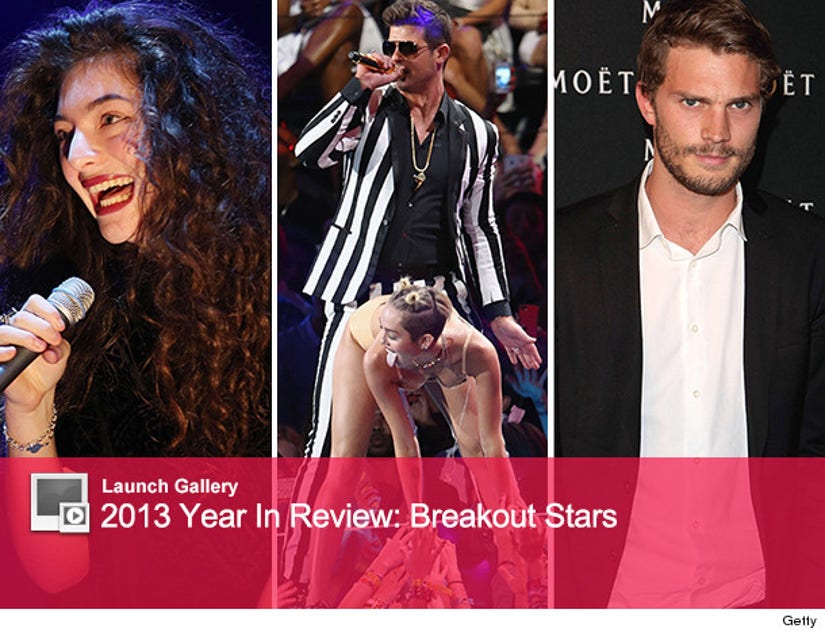 What a year it's been in pop culture!

2013 has been the year of breakout stars. toofab's complied a list of which celebs definitely caught our attention this year -- from Lorde, to Robin Thicke and (of course) Jamie Dornan -- there are definitely a few icons in the making.

Lorde reached an all time high with her hit single "Royals." The 17-year-old New Zealand native, not only had one of the biggest songs of the year, but she's not shy about speaking her mind! And the fact that brunette cutie is just a teen, kind of blows our minds. We can't wait to hear more of her amazing music!

Robin Thicke has been around for years, but he reached superstardom with his "Blurred Lines" single and risque music video. In fact, the catchy ballad was named the song of the summer. Plus, who can forget his MTV performance with Miley Cyrus and the god-awful foam finger?!

Like the rest of the world, we've been waiting for the "50 Shades of Grey" movie -- the S&M flick finally named their leading man, Jamie Dornan, earlier this year-- and we think he's the perfect choice to play the sexy Mr. Christian Grey.

But these weren't the only big up and comers of the year -- click "Launch Gallery" above to see all of our picks for 2013's Breakout Stars!