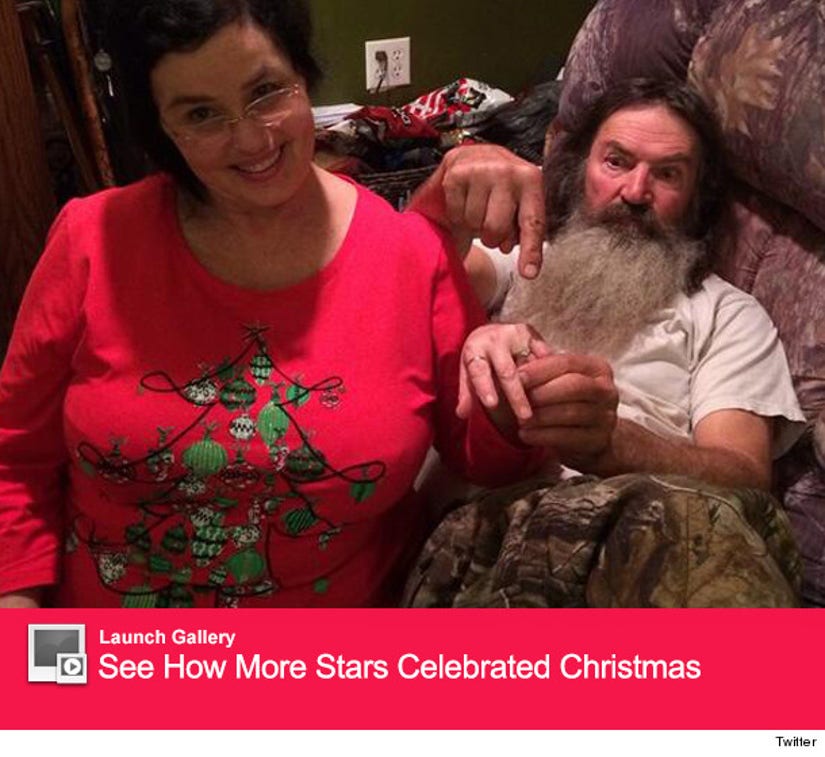 Despite the fallout following Phil Robertson's controversial comments on gay and black people, the "Duck Dynasty" clan still had a pretty great Christmas.

Sadie Robertson gave her Twitter followers an inside look at the family's holiday festivities -- which included Phil giving Miss Kay a big rock!

"After 50 years of marriage, Papaw Phil finally gave Mamaw Kay a wedding ring for Christmas," she tweeted along with a photo showing Kay proudly displaying her new sparkler.

The two got married back in 1966, when Kay was just 16, and have been through a lot together -- including Phil's excessive drug use and infidelity. And, apparently, he never gave her a ring.

Phil has since found God, but even that comes with its fair share of drama.

Earlier this month, he suffered some serious backlash for his beliefs after he compared homosexuality to terrorism and bestiality in GQ -- and downplayed the importance of the Civil Rights Movement.

Do you think he gave her the jewelry to distract fans from the turmoil with A&E ... or was it just time he put a ring on it?

See how more stars celebrated Christmas in the gallery above.