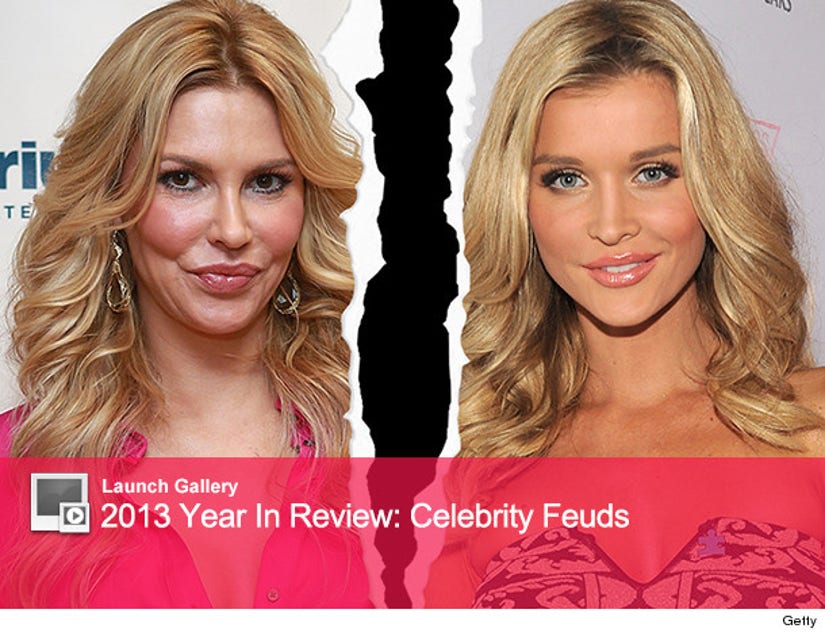 Bring out the claws!

2013 has been a great year -- there's nothing like a good cat fight, or two. toofab's complied a list of this year's best celebrity feuds, and there's definitely been some pretty epic memorable ones!

One of our favorites -- Briandi Glanville vs. Joanna Krupa. The two "Real Housewives" stars got into it during an episode of Bravo's "Watch What Happens Live" ... after Glanville outed Joanna for sleeping with her co-star, Yolanda Foster's ex- husband Mohamed Hadid.

After telling Andy that Joanna's affair definitely played a part in Yolanda and Mohamed's divorce, Joanna responded, "No wonder her husband left her," referring to Glanville's split from Eddie Cibrian.

Oh, but it didn't stop there! Brandi just had to respond, and said something pretty awful about Krupa's ... private parts. Click HERE to see what she said (it's too graphic to post).

But the reality stars weren't the only celebs who got into it this year -- click "Launch Gallery" above to see what fights Chris Brown, Lady Gaga, Lorde and Kanye West got into!