We've got your all-access pass to everything Britney Spears!

The singer just started her 2-year residency at Planet Hollywood in Las Vegas -- and toofab was backstage and in the VIP section of the show to bring you all the goodies you won't see anywhere else.

Click here to see our review of the full concert and see more video. Keep reading to get the dirt from inside the AXIS Theater.

1.) Britney Gets By with a Little Help from Her "Friends."

Before hitting the stage for her big opening night, Spears relaxed by watching some DVDs in her dressing room. Her show of choice, at least on Friday night, was "Friends."

Yep, even Britney can't resist the awesomeness of Ross, Rachel, Monica, Chandler, Phoebe and Joey. They'll be there for you!

2.) Spears Is In the Vegas Inner Circle Now! 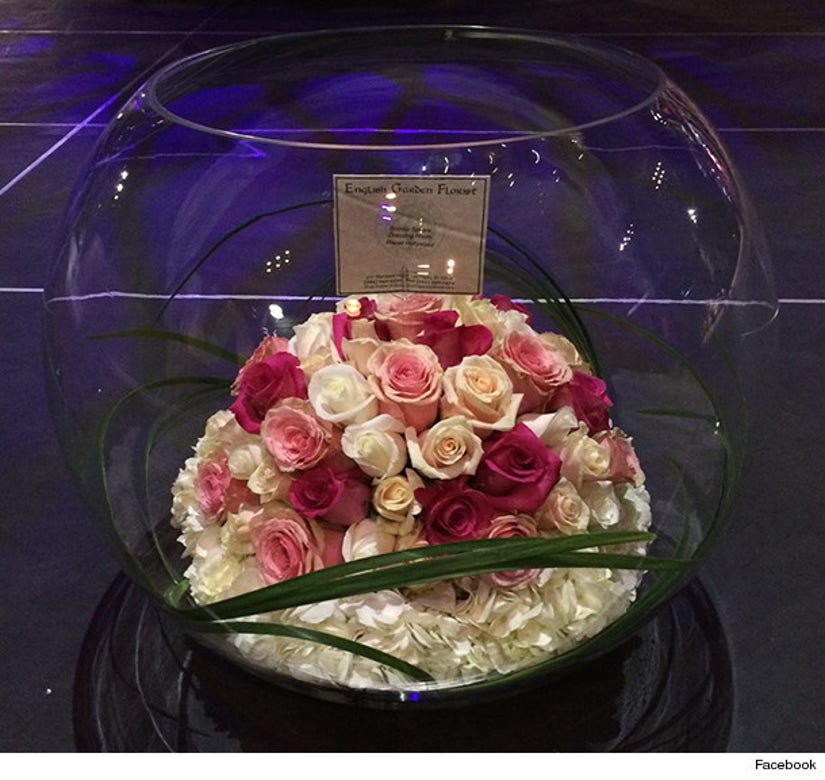 A Sin City legend officially welcomed the pop star to Las Vegas, as we saw flowers from the one and only Celine Dion inside Britney's dressing room before the show.

Spears later shared a pic of the gorgeous bouquet on her Facebook page, calling them "the most beautiful flowers I have ever seen."

3.) Remember That Opening Dress She Hated? She's Still Got It!

During the 2-hour "I Am Britney Jean" special on E!, much was made of a blue and silver dress that Spears was supposed wear at the top of the show. After Marco Marco designed the outfit and worked on a redesign, Britney still didn't like it -- and he had to come up with a totally new idea.

While she wore a sexy nude bodysuit for the opening instead, the original, much-maligned dress was still sitting in her dressing room -- just in case she ever changes her mind!

We love the bodysuit and we'd be very sad to see it go!

Britney goes through around 7 costume changes for the show -- but that's only the tip of the iceberg when it comes to what's sitting around backstage.

According to our sources, the singer has 4 different variations of all 7 looks, so she can choose to show some skin in a different area of her bod depending on how she feels that night.

So that's 28 looks for Britney alone. Factor in all the different outfits the dancers were wearing, and it's clear Marco Marco had his work cut out for him for this show!

In an odd move, Britney wore a wig while taking photos with fans who paid extra for a meet-and-greet with the star before the show.

The reason she probably wore the hairpiece? She also sported wigs for the whole show and her hair was likely already pulled up, so she'd be ready to go once the fan one-on-ones were done.

6.) The Show Was a Family Affair 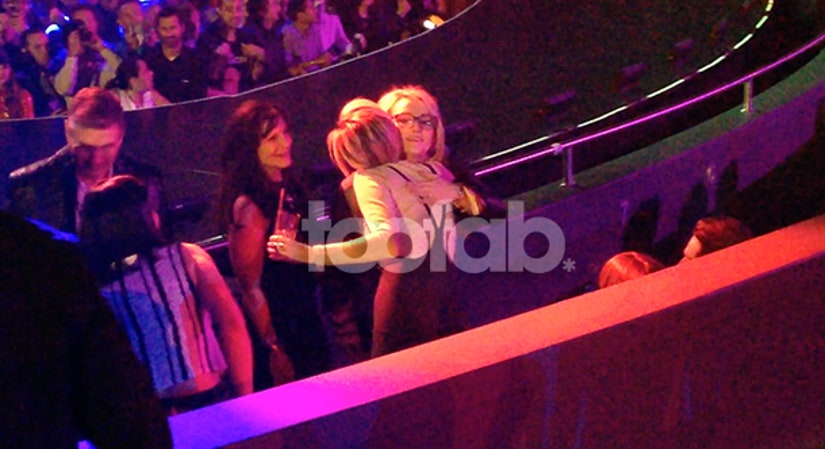 Britney's family and friends were in the house for opening night.

We saw her mom Lynne and sister Jamie Lynn in the audience, talking to Miley Cyrus -- and also hear her father Jamie and her niece Maddie were in the house.

We were also told Britney's kids with Kevin Federline, Jayden and Sean Preston, were in Vegas for her debut as well.

7.) Miley Is a BIG Britney Fan

Miley Cyrus got almost as much attention as Britney did during on Friday night.

Sitting front and center, Cyrus rocked out to every song that Spears performed -- head-banging, dancing with Adam Lambert and even getting up close and personal with one of Britney's backup dancers.

While we're sure Katy Perry has nothing against Britney, she was more of a passive fan in the audience, especially compared to Miss Miley. While Cyrus went wild, Katy was more subdued -- either sitting down during the show or just standing in place. Check out the hilarious video here.

For her "Freakshow" performance, Britney selected a "hottie" from the audience to be whipped and humiliated on stage.

For the opening night, the lucky guy wasn't exactly random though. "EXTRA" host Mario Lopez was waiting to be picked on the side of the stage, but he was more than a willing participant as her dancers made him walk around like a dog on a leash in front of 4,600 people.

10.) Britney's Boyfriend Was In Awe

In a cute moment, we saw Britney Spears' boyfriend David Lucado in the audience during the show.

Sporting a button-up dress shirt, tie and baseball hat, he appeared to be enjoying his very famous girlfriend's performance.

And Britney apparently isn't the only one in the relationship who LOVES gum, as he was seen chewing away. They have so much in common!

In case you missed it, read our full review of the show here.