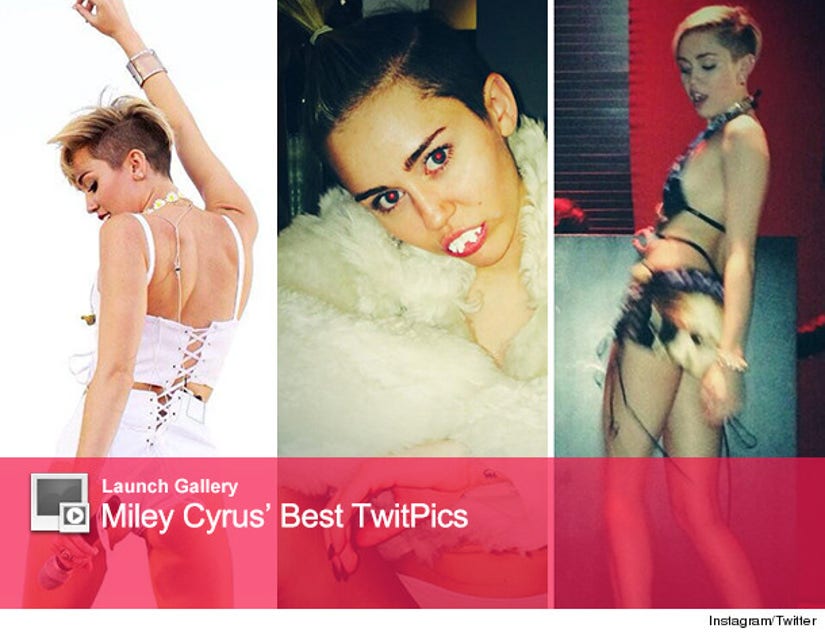 Miley Cyrus is getting real candid in her latest interview with the New York Times!

The "Wrecking Ball" singer opens up about her sexy new image, her inspiration and racism in her candid conversation with the paper.

Check out five of the craziest quotes from Miley's interview!

"I went from people just thinking I was, like, a baby to people thinking I'm this, like, sex freak that really just pops molly and does lines all day," she says. "Well, that's a character. I don't really dress as a teddy bear and, like, twerk on Robin Thicke, you know?"

"I didn't know that I was going to be the only one that was really going to push it like that. It's actually really funny how many people could watch my performance, and they think it was, like, sexist and degrading to women, and somehow people found that it was racist, which I couldn't even wrap my mind around," she explains.

4. She's had to delete pictures while partying with fellow pop stars.

5. Even though some celebs are too scared to be associated with Miley, she does think that she's an image booster.

"I don't have a bunch of celeb friends, because I feel like some of them are a little scared of the association. This is terrible. I was backstage with [the rising pop star] Ariana Grande. I'm like, 'Walk out with me right now and get this picture, and this will be the best thing that happens to you, because just you associating with me makes you a little less sweet.'"

Whatever Miley's doing, seems to be working!

What do you think about "Adore You" singer's latest interview? Tell toofab in the comment section below, and click "Launch Gallery" above to see even more of her best TwitPics!