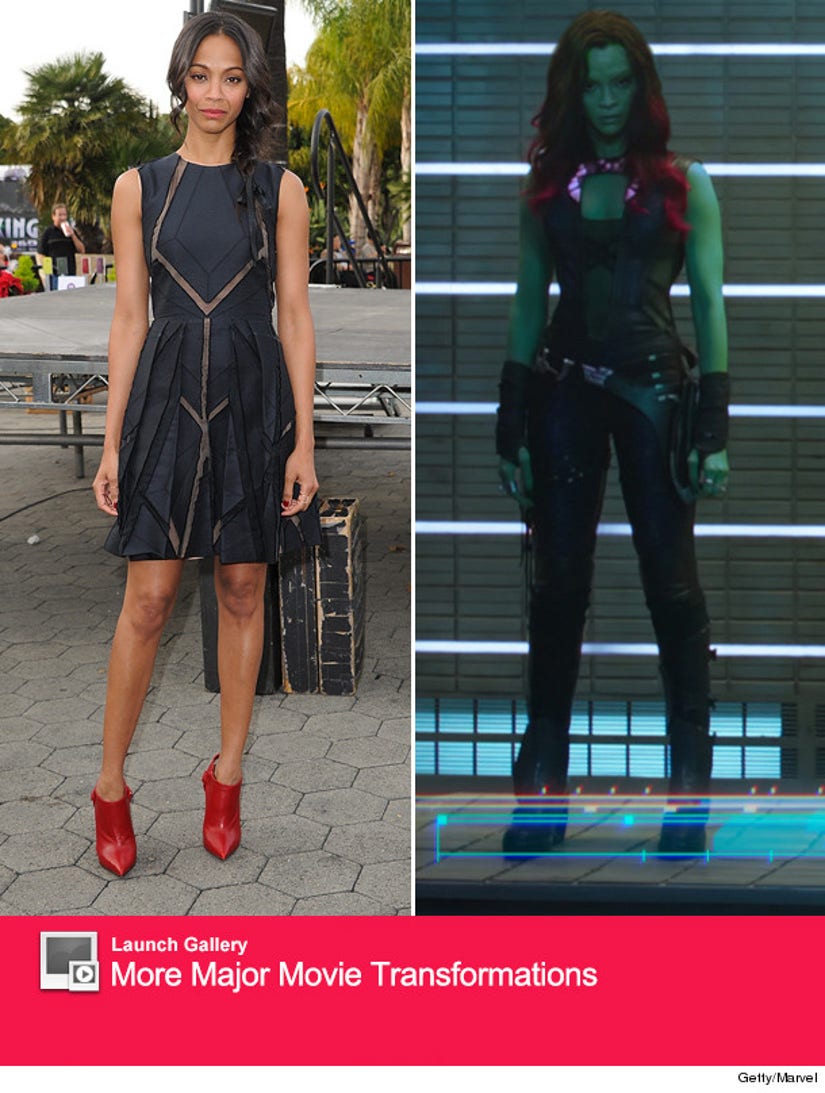 This is definitely a bold look for Zoe Sandana!

While the actress has been transformed into an alien before for 2009's "Avatar," she takes it to a whole new level for Marvel's upcoming "Guardians of the Galaxy."

In the first official photo from the flick, Saldana stands alongside costar Chris Pratt, a furry creature named Rocket Raccoon, MMA fighter Batista and a giant tree monster -- while sporting green make-up all over her body! 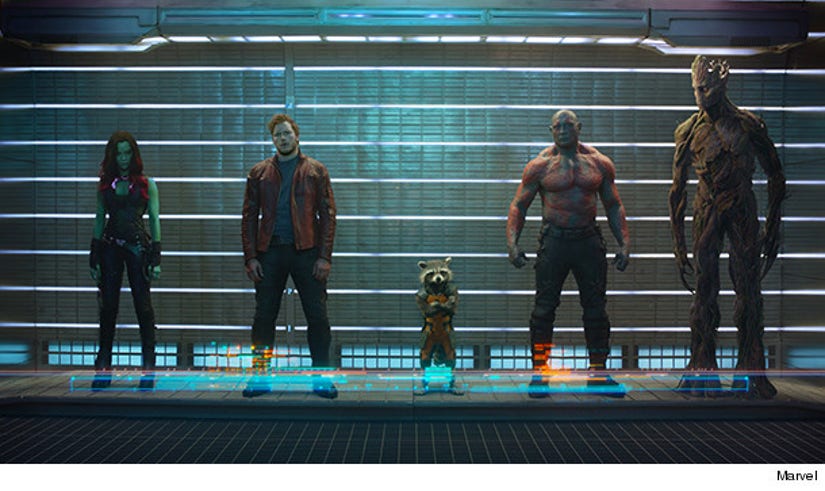 Described as "an action-packed space adventure" from director James Gunn, "Guardians" follows adventurer Peter Quill (Pratt) as he teams up with a "quartet of disparate misfits" to defend the cosmos from a powerful villain.

toofab was there when footage from the film was screened at Comic-Con this year -- and we gotta admit, it looked pretty insane.

Click here for the 10 Biggest Takeaways from the movie's revealing panel.

The movie won't hit theaters until August 1, 2014 -- but check out more close up shots of the stars below! 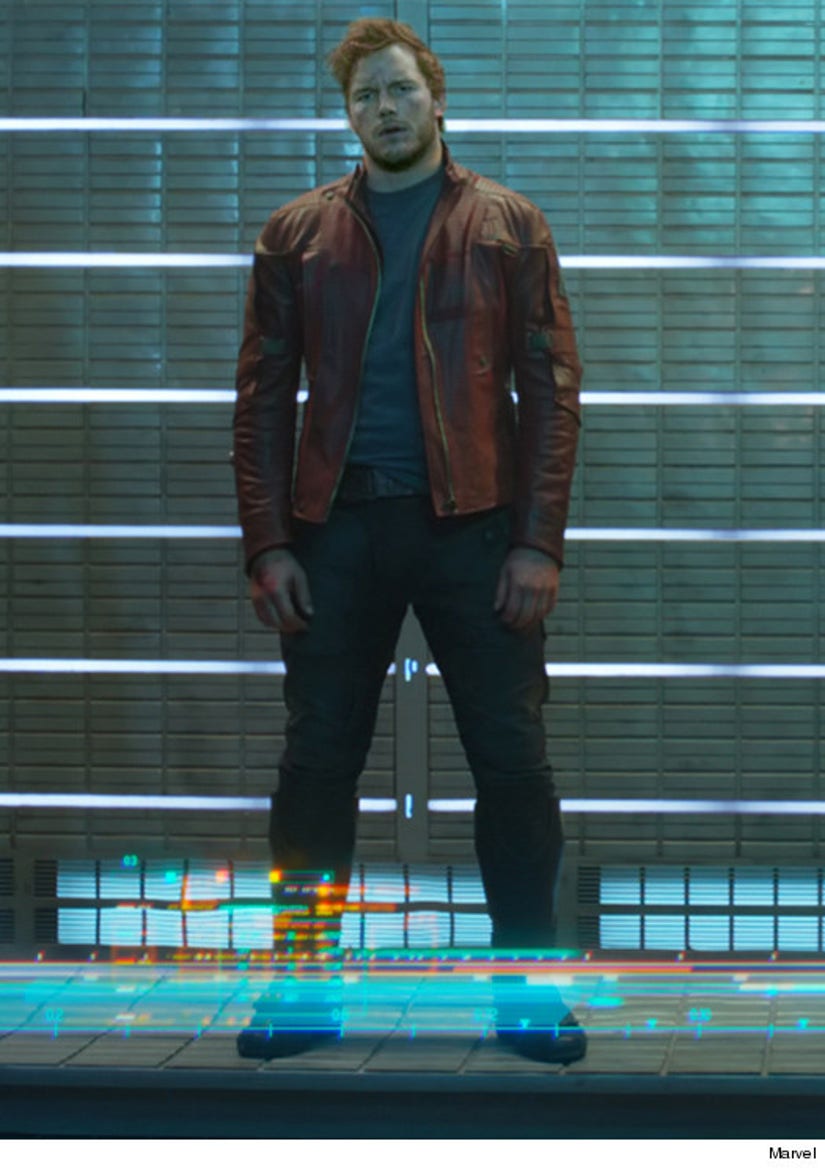 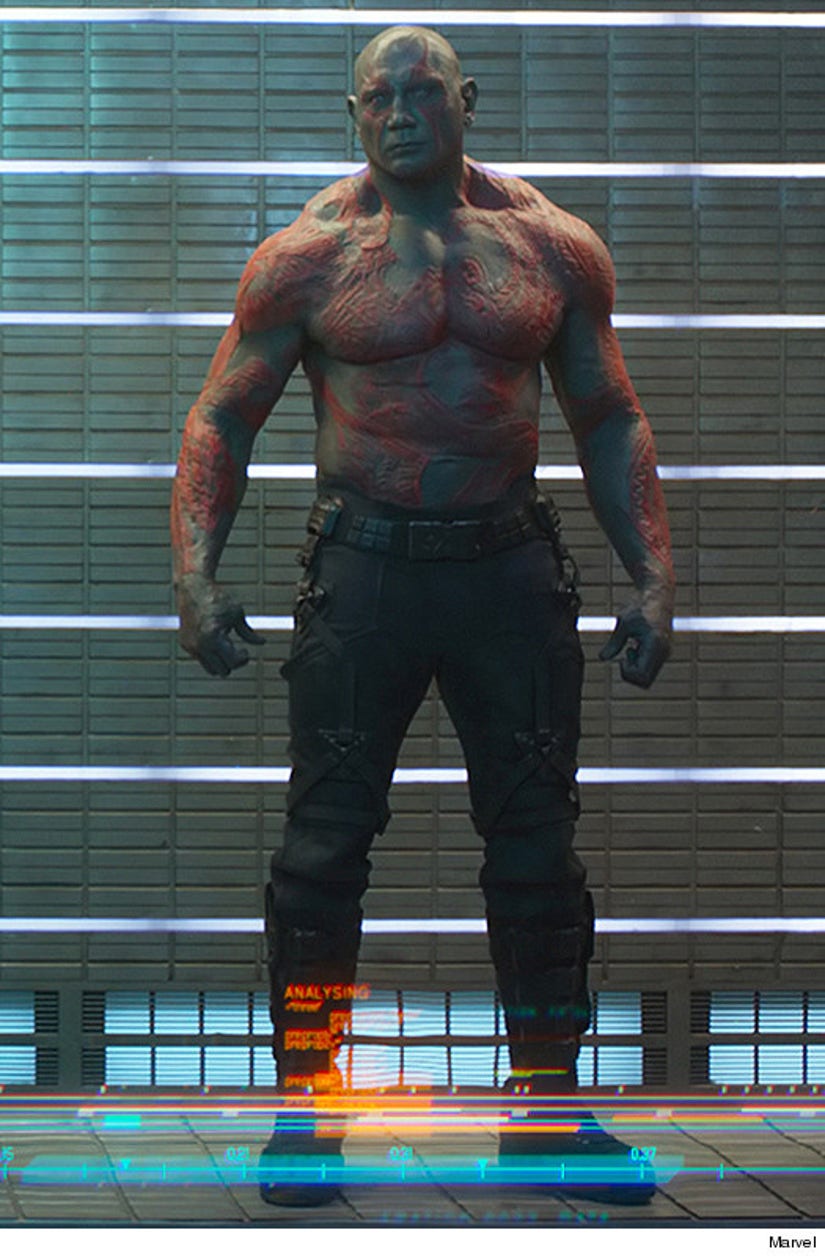 Dave Batista as the "revenge driven" Drax the Destroyer. 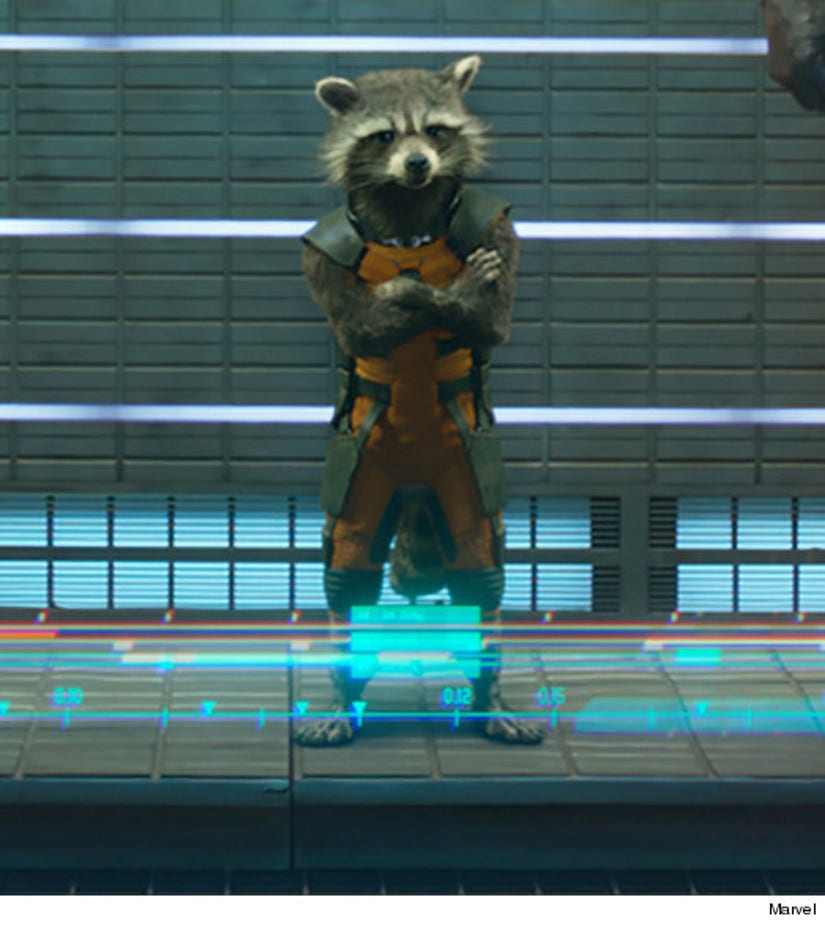 Rocket, the gun-toting raccoon (who will be voiced by Bradley Cooper). 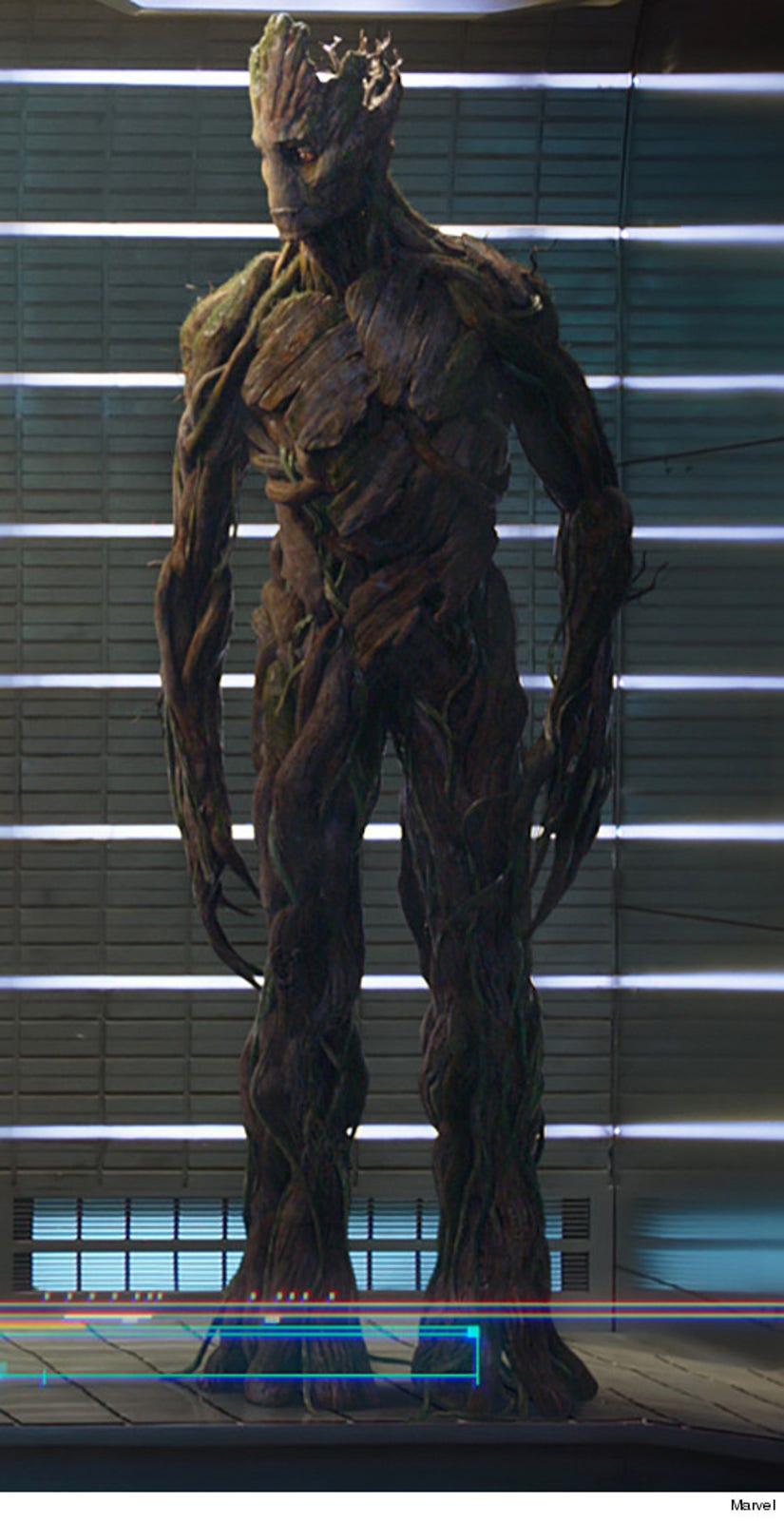 And Groot, the "tree-like humanoid" (who will be voiced by Vin Diesel).