Warning: You're about to see a lot of Ke$ha's body ... proceed with caution.

Ke$ha just went and directed her latest music video -- and she reallllly wants you guys to see her bare butt.

The singer just released her risque clip for "Dirty Love," which finds the 26 year old stripping off her shorts and showing off her booty in a very revealing pair of underwear while dancing around in some serious glitter.

Later in the video, she's also seen wearing a mesh top with nothing underneath -- her nipples blurred out by one hard-working video editor.

"Death by glitter. hope u like it," she wrote about her directorial debut on YouTube, adding that the song is her favorite off her "Warrior" album.

How do you think she did? Sound off below! 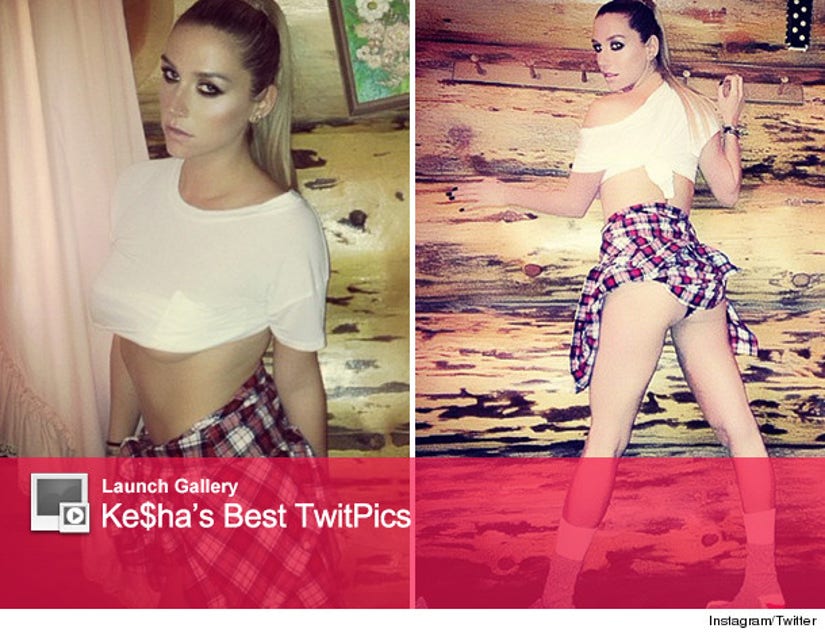