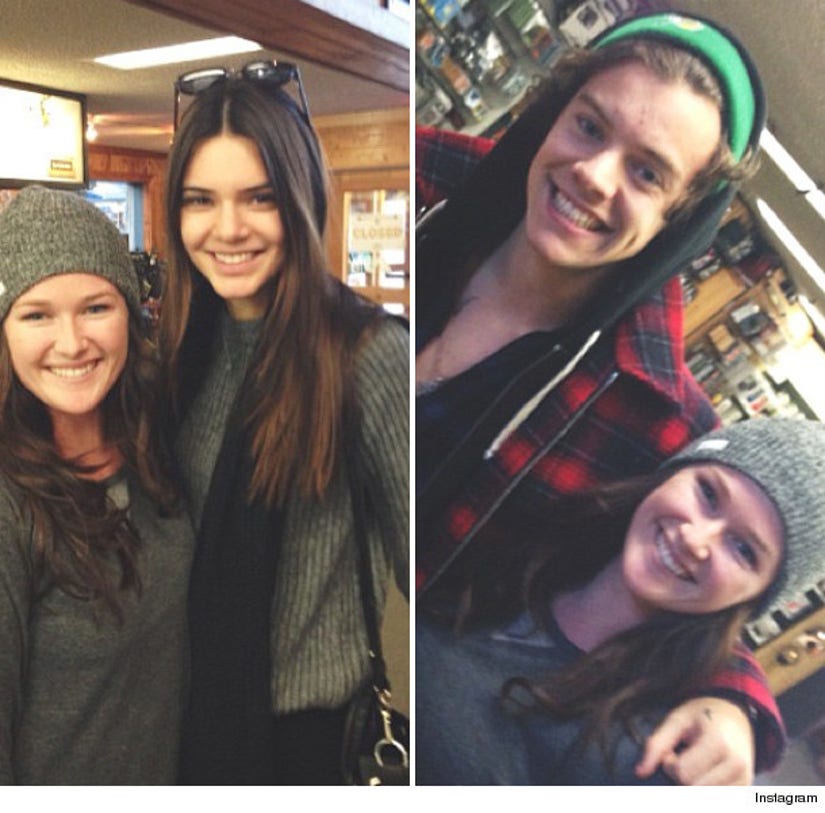 Harry Styles and Kendall Jenner are fueling romance rumors once again after they were photographed at a snowboard shop in Mammoth Lakes, Calif. on Thursday.

They separately posed for pics with a fan, who posted the snapshot on Instagram with the caption, "Casually hanging out with Kendall Jenner and Harry Styles. #dying."

While the cute couple insists they're just friends, they have been spotted together numerous times in the past few months.

The "Keeping Up with the Kardashians" starlet was snapped leaving the One Direction singer's hotel in New York City last month. They were first spotted together on November 20, leaving Craig's restaurant in Los Angeles in the same car.

We think there's a budding romance here. We're not alone, right? Tell toofab in the comment section below!