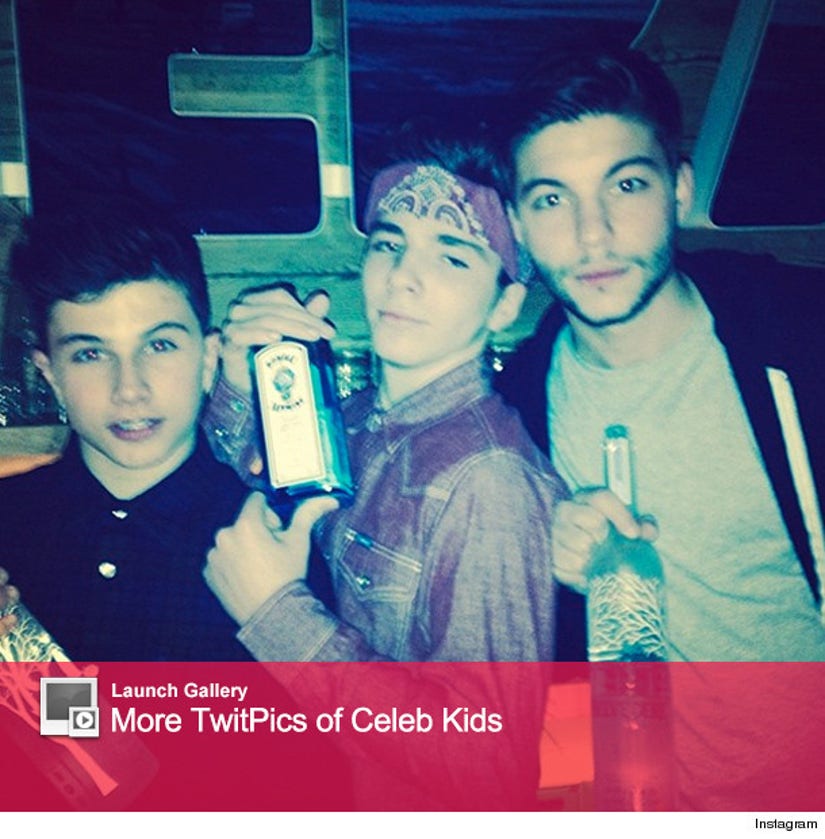 Madonna is being blasted for being a bad mom after one controversial photo started making the rounds online over the weekend.

On Saturday, the Material Girl shared a pic of her son Rocco and his friends holding different bottles of alcohol while vacationing in the Swiss Alps.

"The party has just begun! Bring it! 2014," the caption reads -- as Rocco, 13, proudly displays a bottle of gin while his buddies put two bottles of vodka on display. FYI the drinking age in Switzerland is 16.

Almost instantly, the backlash started, with fans venting their frustrations with the singer on Instagram.

"Booz is not something to make jokes about," wrote one fan. "Madonna still doing anything for attention. ...good or bad. What a shame," posted another.

The next day, she reacted to all the backlash, saying "No one was drinking we were just having fun! Calm down and get a sense of humor! Don't start the year off with judgement!."

She later shared a photo with daughter Lourdes, hitting the ski slopes. Check that out in the gallery above.

What do you think about all the controversy? Sound off below!