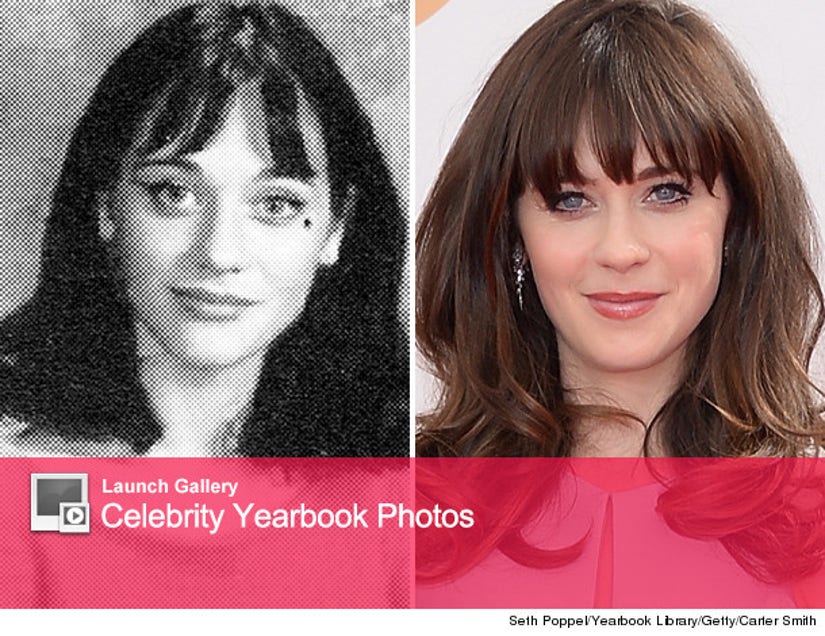 The "New Girl" star appears in Elle's Women in TV February issue, where she opens up about some of her childhood struggles.

"Definitely none of the kids I grew up with would have ever thought Zooey will be on television and have her own show," she tells the mag.

"I wasn't the world's most popular child, which gave me built-in tenacity. Nothing has ever come easy for me, and I think that's a really good thing," she adds. "I learned at an early age that you have to work hard for what you get."

Well, the 33-year-old's hard work has definitely paid off -- people just can't get enough of the adorable actress!

While she may not have to deal with high school bullies these days, Zooey has had to deal with some of the negativity that comes with fame.

"There has been a shift. I really have stood up for myself on multiple platforms," she says. "It's sort of the grown-up version of middle-school nastiness, and I'm just like, come on. If there's one thing I'd like to graduate from, it's girl-on-girl hate. I don't believe in it.”

We love that the brunette beauty doesn't take BS from anyone! What do you think about Zooey's interview?

Tell toofab in the comment section below, and click "Launch Gallery" above to see even more of celebrity yearbook photos!