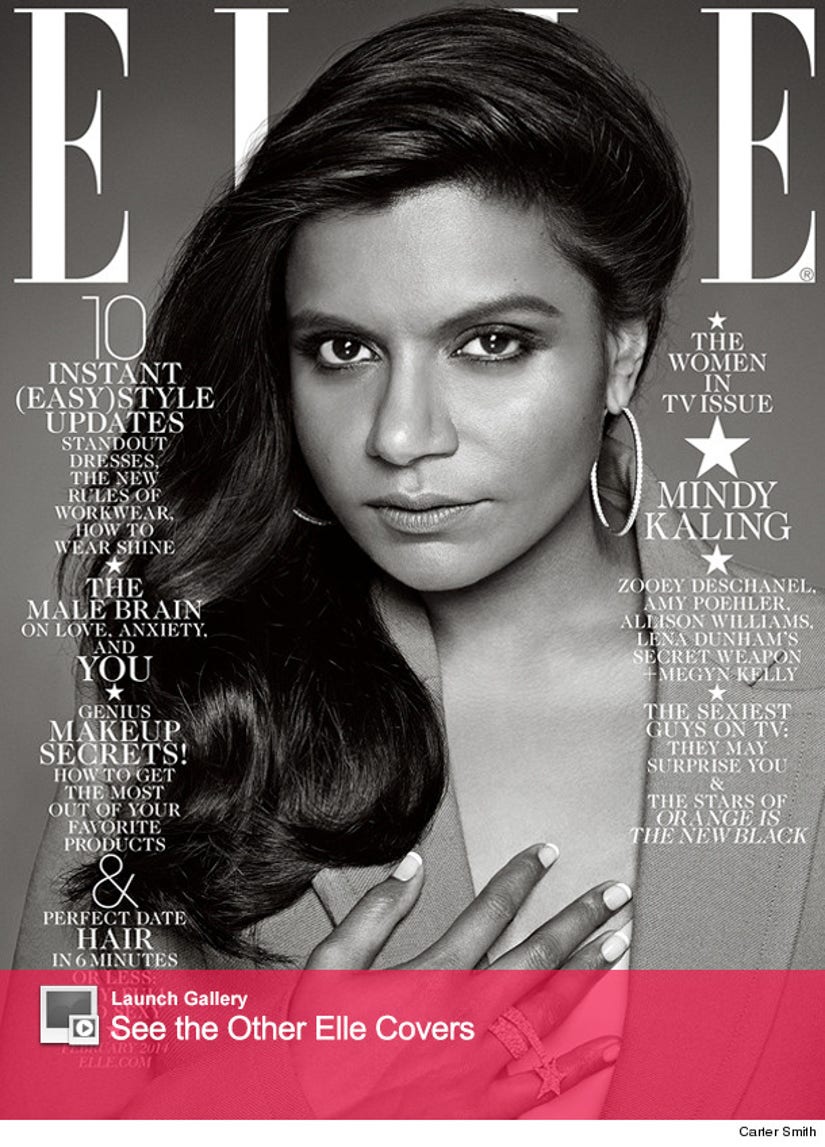 Elle magazine has another controversy on its hands thanks to a new cover with Mindy Kaling.

The "Mindy Project" star is featured on one of four covers for the mag's Women In TV issue. But while Amy Poehler, Allison Williams and Zooey Deschanel flaunt their physiques with full-body and full-color shots, Kaling's pic is a black and white closeup of her face.

Though she looks beautiful, the backlash started almost immediately.

The magazine was criticized for hiding Kaling's size 8 frame on the cover -- but Elle stands by the pic.

"Mindy looks sexy, beautiful and chic," they said in a statement. "We think it is a striking and sophisticated cover and are thrilled to celebrate her in our Women in TV Issue."

Kaling seems O.K. with the shot too -- tweeting about the incident (and plugging her TV show) earlier this morning.

I love my @ELLEmagazine cover. It made me feel glamorous & cool. And if anyone wants to see more of my body, go on thirteen dates with me.

Wishing for more skin on my @ELLEmagazine cover? Chris Messina & I are naked on a brand new #themindyproject tonight, ya pervs! 930/830 FOX

This isn't the first time Elle has come under fire. Back in October, there was an extremely similar controversy over a Melissa McCarthy cover.

While alternate covers showed people like Reese Witherspoon and Shailene Woodley in revealing ensembles, Melissa was covered with a jacket.

McCarthy later revealed she was the one who picked out her outfit for the shoot.

What do you think about this latest scandal: Warranted ... or much ado about nothing? Sound off below!