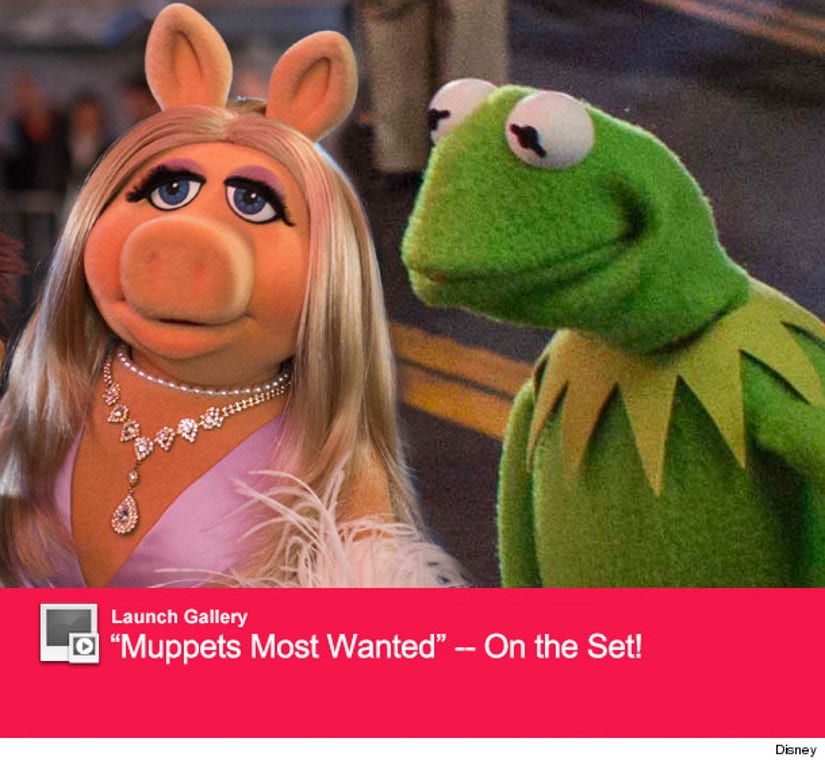 Is Kermit ready to put a ring on it?

toofab's Brian Particelli visited the set of "Muppets Most Wanted" back in May, and all anyone could talk about were rumors that Mr. The Frog and Miss Piggy will tie the knot in the new flick, out March 14.

Though the two got hitched in "Muppets Take Manhattan," the relationship had fizzled by the 2011 movie. Could they be ready to say "I Do" again?

"How much do I want to say? I do have a beautiful white dress that has a veil and a very long train in this movie," the pretty porker admits. "I'm not going to say what it's used for, but I do get to wear it and you do get to see me in it."

Piggy also said she wears the gown while singing a solo before "a very big event."

The film's producer Todd Lieberman confirmed that someone will indeed get married during the film -- but was also hesitant to give specifics.

"There is a wedding that takes place," he tells us. "Maybe you know who, I'm not going to say who it's with, but the idea of a wedding is certainly part of the emotional core of the movie."

While they were cagey, what about the green guy himself?

"There's a lot of heat whenever Miss Piggy and I are onscreen," Kermit says. "It's kind of a mistake that happens in the movie. Tomfoolery, I could say."

This wouldn't be the first time Piggy tricked Kermie into getting hitched.

In the aforementioned "Muppets Take Manhattan," the two were supposed to tie the knot in a sketch -- but Miss P. hired a real priest for the scene, making it legit.

Could she be tricking him again? We'll have to wait and see when "Muppets Most Wanted" hits theaters March 14.