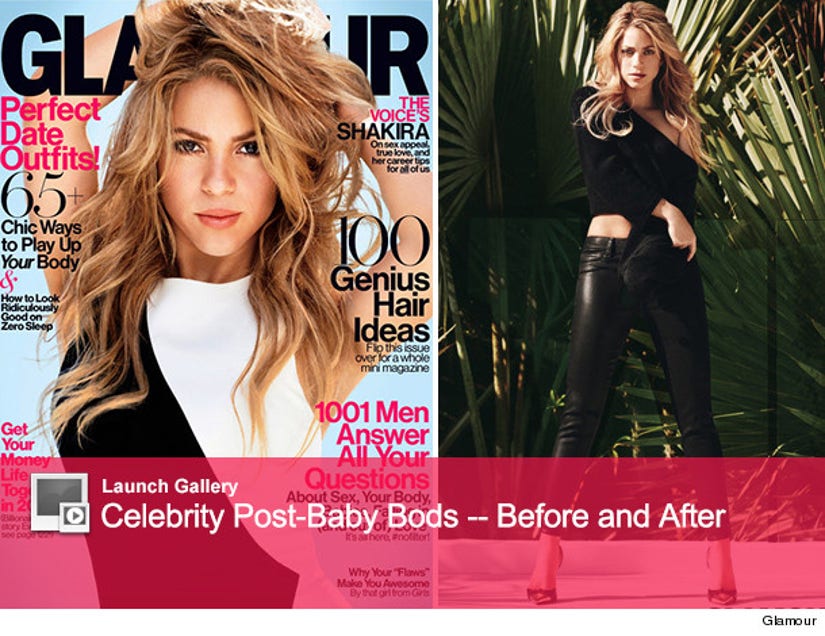 Shakira is comfortable with her body!

"The Voice" mentor is gracing the cover of the February issue of Glamour, dishing on everything from her post-baby bod to her rise to fame.

The singer says her boyfriend, Gerard Pique, likes her body the way it is.

"My man, Gerard, prefers meat over bone. He doesn't like too skinny," the 36-year-old tells the mag. "That takes pressure off. I already have a lot to worry about. This month I'm not exercising because I have an album to finish and I have a baby. And I like these pastries in front of me."

Shakira clearly hasn't been indulging too much -- her body looks amazing! 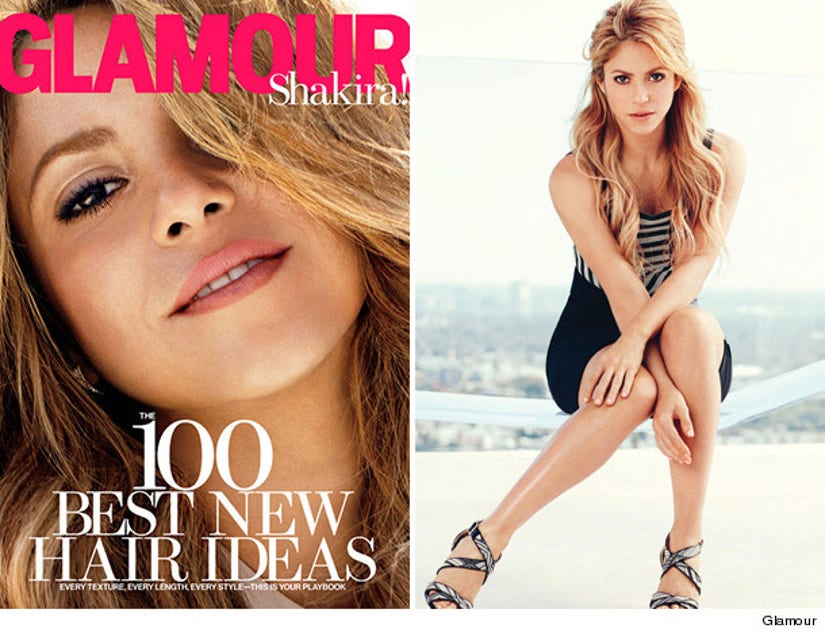 The cute couple welcomed their first child together, son Milan, in January 2013. But becoming a mother hasn't stopped the songstress from focusing on her career.

"Success happened little by little for me," the "Hips Don't Lie" singer said. "I tasted the flavor of fame in small doses: I started at 10 years old when I won a music contest; I was performing at birthday parties, company meetings. I met with a record executive when I was 13 and sang 'Material Girl' to a cassette-tape boom box. I've shaken hands at every radio station, from Honduras to Ryan Seacrest's. One day [I realized I was famous] enough. But here's the thing: I'm still hungry. But I'm not hungry for fame -- just the need to prove to myself that I can still do this."

So, what's next for Shakira?

She's about to release a new duet with Rihanna called "Can't Remember to Forget."

"[W]orking with her was utopia," the blonde beauty explains. "She's the sexiest woman on the planet. And at the end of the day, we're both just basically Caribbean girls. The chemistry was so good and so real. She taught me dance moves. She was a sweet teacher."

For more of Shakira's interview, check out the February issue of Glamour on newsstands Jan. 14.

Click "Launch Gallery" above to see more celebrity post-baby bods, before and after!