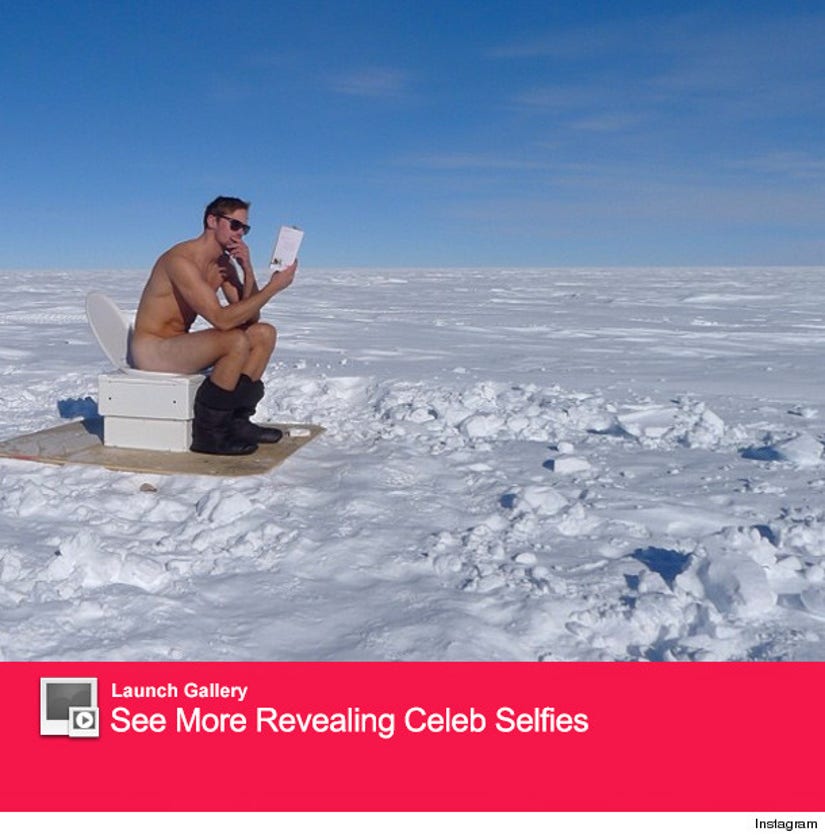 Alexander Skarsgard is naked in the freezing cold ... again!

A photo of the "True Blood" hottie sitting on a toilet in the middle of the Antarctic tundra was posted online by Inge Solheim, the actor's guide during his recent Walking with the Wounded trek to the South Pole.

Sporting only his boots and sunglasses, he's seen enjoying some literature in the middle of nowhere.

"#southpole -30C What are you reading Alex? The script for season 7 of #truebloodHBO ? :-) #alexanderskarsgard," Inge posted along with the revealing photo.

The pic is reminiscent of the "True Blood" Season 6 finale, where Skarsgard was seen sun-tanning in the nude atop a snow-capped mountain before bursting into flames. 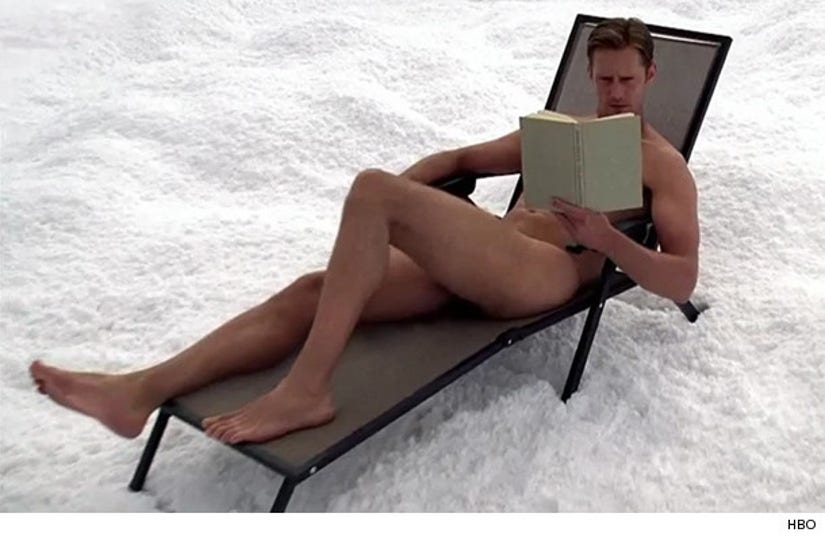 The 37-year-old actor has a history of nudity in his family.

"My dad and his side of the family are old hippies. I was 14 the first time I saw my dad wearing pants," he told Conan O'Brien back in June. "He was always naked."