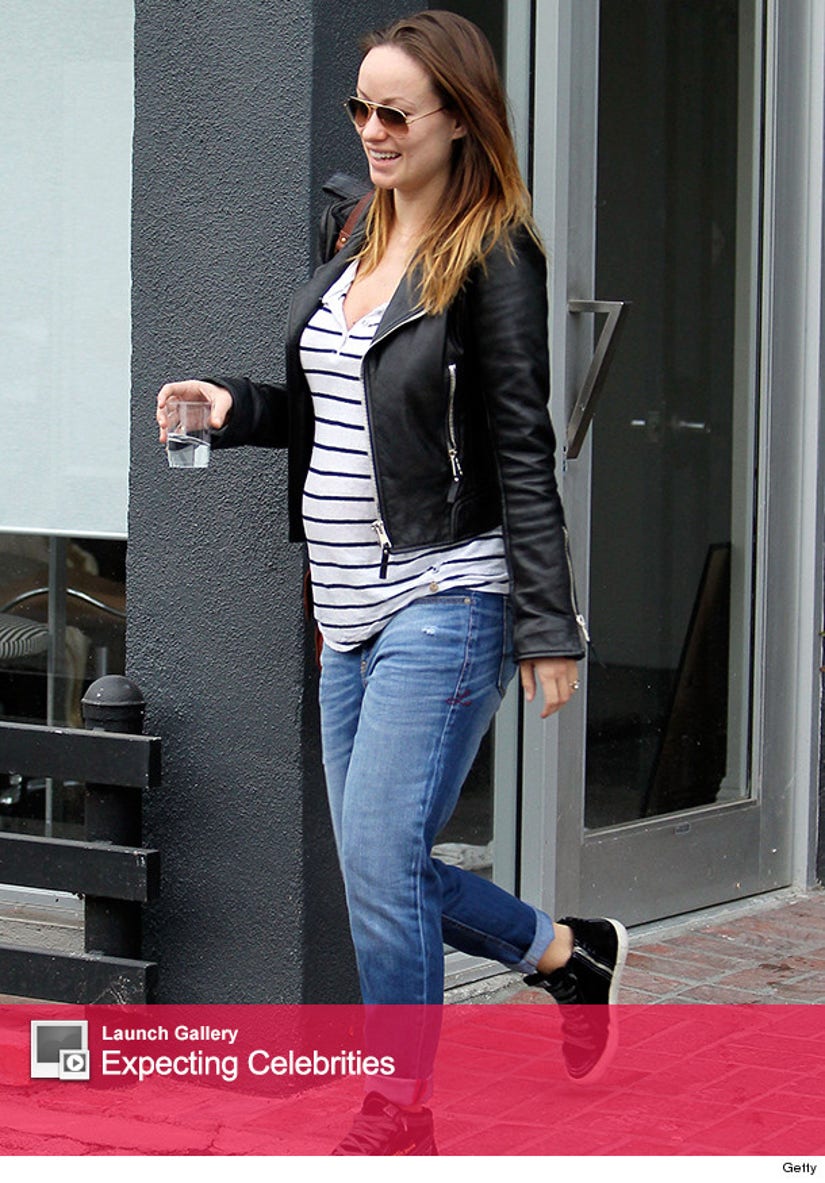 The actress showed off her pregnancy curves while running errands in West Hollywood on Tuesday. Dressed down in a black leather jacket, striped T-shirt, and Boyfriend jeans, the brunette beauty looked comfy and casual for her outing.

While the 29-year-old has been taking some time off from the big screen, she can be seen in Spike Jonze's new flick "Her," alongside Joaquin Phoenix and Amy Adams.

Olivia and fiance Jason Sudeikis got engaged last January and announced that they were expecting their first child together in October.

While the couple hasn't revealed the baby's gender, she joked with Jay Leno during her December "Tonight Show" appearance telling the late night host that it's "human."

She also revealed that people have not been asking about her pregnancy in order to be polite.

"That's the worst thing in the world. When you congratulate a non-pregnant woman on her pregnancy," she said. "Yeah, I find that people will go to such great lengths to not mention it and even when you are—like I feel like I'm clearly pregnant—people will be like 'Hey, would you like a glass of whiskey? Or would you like to get on this roller coaster?' And I go, 'Well I'm actually pregnant.' And they go, 'What?!'"

Well, we're sure people will have no problem congratulating the new mom now on her pregnancy -- she's definitely showing!

How do you think Olivia looks? Tell toofab in the comment section below, and click "Launch Gallery" above to see even more expecting stars!