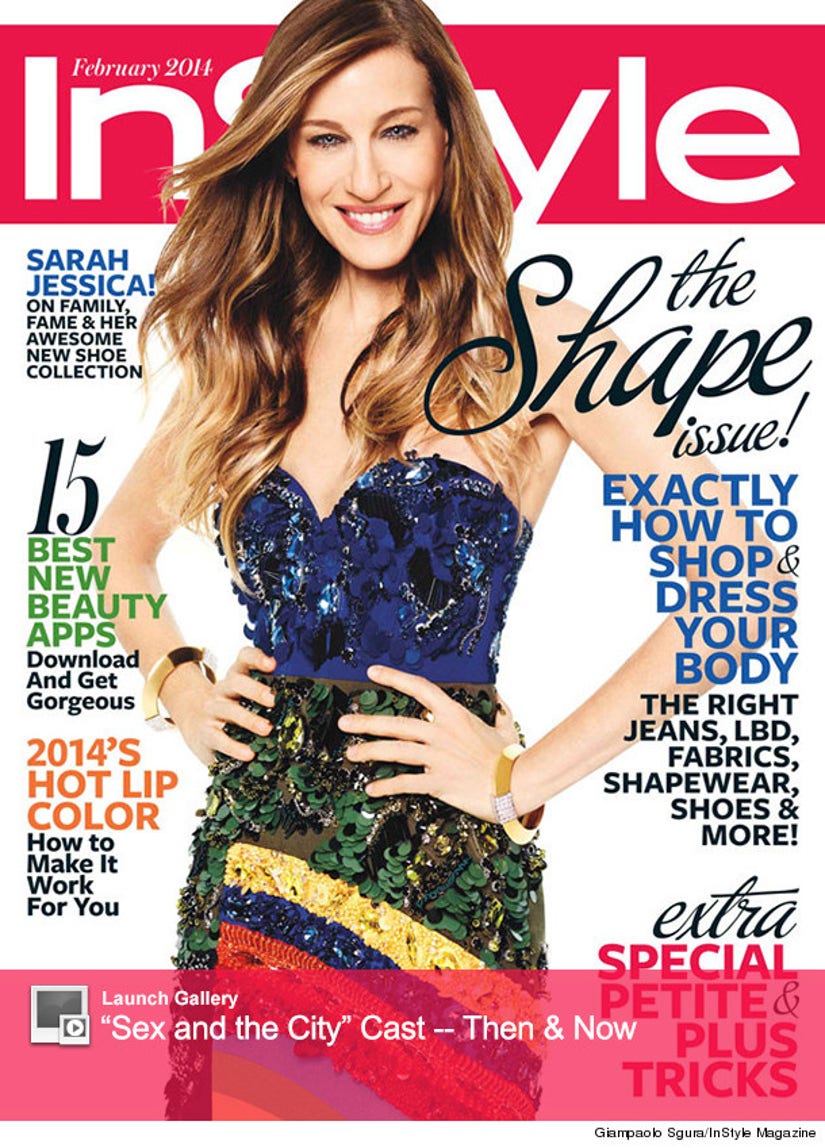 Sarah Jessica Parker is gracing the cover of the February issue of InStyle magazine, where she's talking about a possible "Sex and the City" reunion on the big screen.

"A part of me thinks there is one last chapter to tell," the actress tells the mag. "But timing is a peculiar thing. It isn't a decision that can wait forever. I don't want to have to wear muumuus!"

SJP isn't the only "Sex" star that's been hinting at a reunion for Carrie, Miranda, Samantha and Charlotte!

Kristin Davis recently shared that there's chatter about another flick.

"I don't think [a third film] is a pipe dream, there is discussion," she told Haute Living magazine in its December issure. "People talk about it amongst the people who are the players, but I don't know if it will come together. It would be very exciting if it did."

But, Cynthia Nixon and Kim Cattrall may not be on the same page. Nixon shot down the idea of another movie by stating, "I think it's fine to let it go."

When hearing of her co-star's opinion on their third film, Davis responded, "I'm going to have a little talk with Cynthia the next time I see her!"

We will have our Cosmos ready!

Do you want to see another "Sex and the City" movie? Tell toofab in the comment section below, and click "Launch Gallery" above to see the fashionable ladies, then and now!