While Jennifer Lawrence made the first move kissing Amy Adams in "American Hustle," it wasn't her idea for their characters to lock lips.

Adams stopped by "Chelsea Lately" on Wednesday, where she took credit for the big on-screen smooch.

"I mean, I could come up with a funny answer which I probably should, but really my character is really strong and her character is kind of crazy, and I was thinking, 'Why would I let her leave?'" the actress explained. "Because I really want to tell her something. And I thought, 'What's the craziest thing she could have done to me?' And I thought she should kiss me." 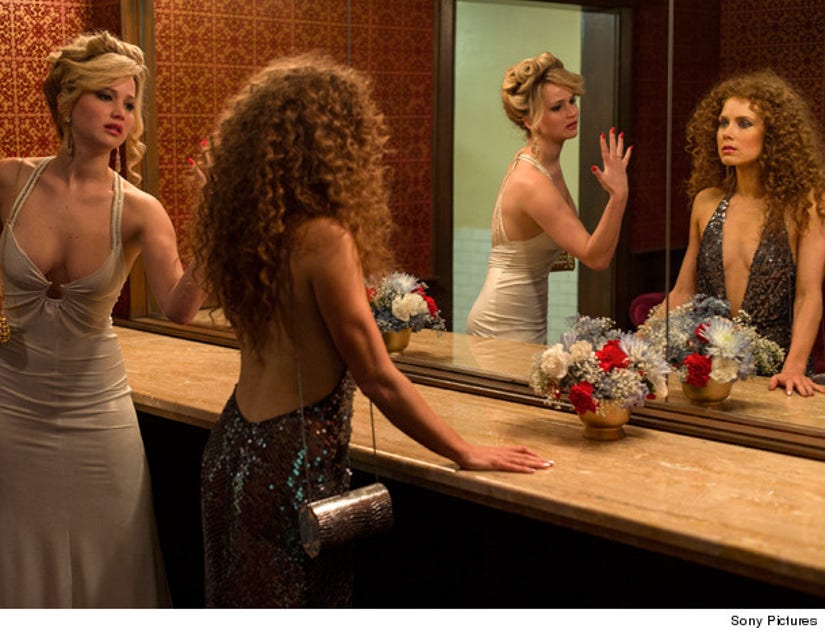 "Jen was open. She's open to anything," Chelsea Handler responded.

"She's the most awesome girl ever," the Golden Globe nominee said. "She's so amazing."

Amy looked flawless in the flick, showing off her hot bod in a series of revealing ensembles.

We can't wait to see what she wears on the red carpet at the Golden Globes on Sunday! Check back with toofab for complete award show coverage.

Watch the video above to see Amy and Chelsea take a spicy shot! (Hint ... Tabasco is involved!)