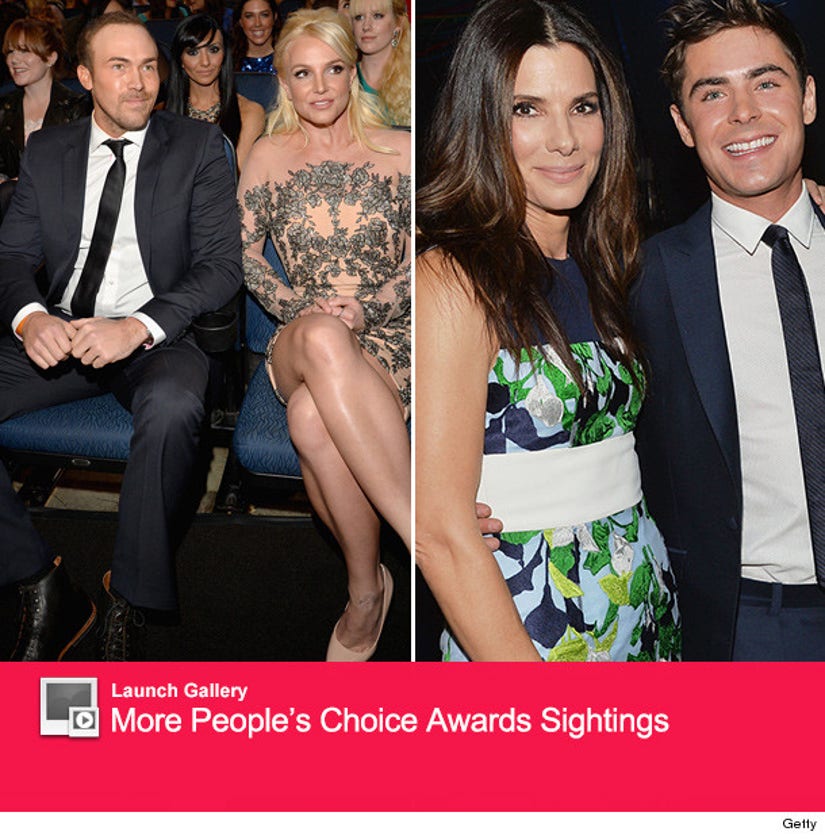 They're one of the most predictable awards shows of the year, but the People's Choice Awards last night still had a few funny and memorable moments.

While pretty much everyone who shows up ends up taking home a Waterford Crystal trophy, we were still treated to ridiculous musical performances, special cameos and Ellen DeGeneres doing what she does best: Make people laugh.

Here are the 5 Can't Miss Moments from (and after!) the People's Choice Awards:

While "The Voice" star wasn't on hand to collect her show's trophy for favorite competition show, she did make a surprise appearance during the opening sketch.

Donning a sexy, sequined waitress outfit, the singer showed off her impressive weight loss while filling in for "Two Broke Girls" stars Kat Dennings and Beth Behrs on their show so they could host the ceremony.

Ian Somerhalder and Nina Dobrev made light of their headline-making breakup, joking about how "awkward" it was to work together after their split while accepting their Favorite On-Screen Chemistry trophy.

It was a cute bit and one that really made us believe they're actually friends still in real life too. 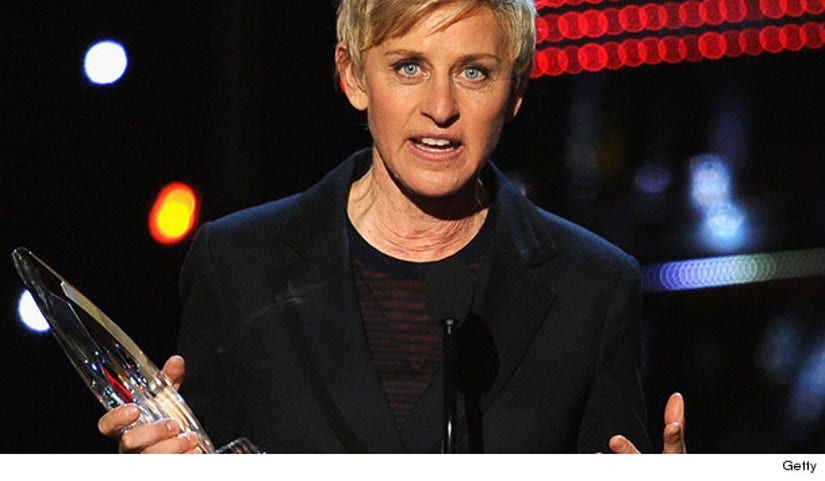 During her acceptance speech for Favorite Talk Show Host, Ellen name-dropped a superstar -- mentioning a "lovely African American woman" who works 80 hours a week and "looks forward to coming home every single night and watching me."

Take one guess as to who she was talking about: Oprah Winfrey!

Because every award show needs an obligatory "twerking" reference now, in our post-VMA world, host Beth Behrs showed off her dance moves while rapping "Baby Got Back."

Though she flubbed the lines at one point, Britney Spears seemed impressed.

Our favorite moment of the night actually happened after the show.

After winning Favorite Album and thanking wife in his acceptance speech, Justin Timberlake celebrated by eating at one very fancy restaurant: Taco Bell!

The singer shared two photos from inside the establishment, along with the message "What do we do after we win 3 PCAs?!?! Easy... Go to Taco Bell!! People's Champ, baby!"